The “greatest gift” that could come from the long-awaited meetings between the President of South Sudan and the country’s rebel leader would be a lasting peace so huge numbers of refugees can, at last, go home – so says a bishop who cares for migrants.

Amid reports that four million people have been displaced by the conflict in South Sudan, Auxiliary Bishop Daniel Adwok Kur of Khartoum spelled out the privations of refugees desperate for food, shelter, and medicine.

Bishop Adwok described providing pastoral care in the Kosti region of neighboring Sudan, where up to 200,000 people are living spread out across nine refugee camps. He said that the refugees in Sudan and other neighboring countries were closely following events this week in Addis Ababa, Ethiopia, where South Sudan President Salva Kiir is meeting rebel leader Riek Machar in a bid to bring lasting peace to the fledgling African nation.

When relations between Mr. Kiir and Mr. Riek broke down in late 2013, violence erupted in South Sudan, claiming at least 50,000 lives, with four million displaced and famine, 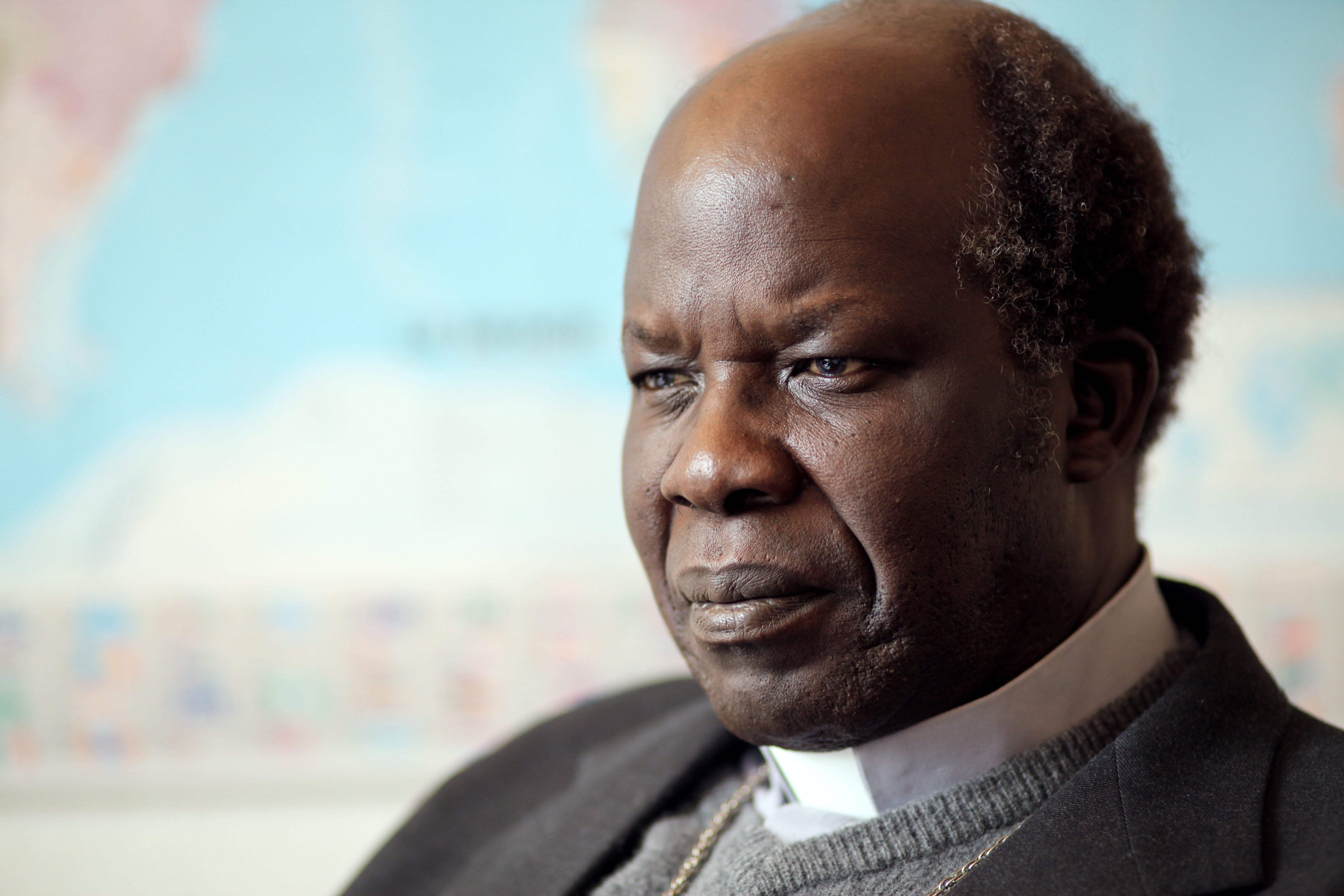 The talks this week in Addis were the first time the men had met in two years and another meeting is due early next week in Khartoum, Sudan. Speaking just as the peace talks got underway, Bishop Adwok said: “The people in the refugee camps need to go back and rebuild their broken homes.

“They look at the meeting taking place in Addis and they say that the greatest gift that could come from all this would be the gift of peace. “This peace would allow them to go back to their homes and live in a dignified way, not as they do in the camps where there are so many difficulties.” Black plastic sheeting for shelter and food supplies are rationed resulting in malnutrition for many people. He said: “The food they have in these camps is not enough. Some of them get only one meal a day.”

The bishop stressed the plight of up to 16,000 people who have come to the camps within the last few years and who he said: “are not properly settled and especially need help”.