Government is giving the wrong impression, that solidarity can somehow be put under quarantine, said Alternattiva Demokrativa, in a statement issued on Saturday. Carmel Cacopardo, Chairperson of AD said that the Government declarations that immigrants escaping Libya and those rescued from drowning will not be helped are plain wrong.

Alternattiva Demokratika was referring to what Prime Minister Robert Abela said on Friday evening while interviewed on the Labour Party’s television station.

Abela explained how the government had come to declare the ports “unsafe” and therefore no landing of migrant rescue boats will be authorised. Abela explained that the decision to close off the ports was a collective cabinet decision and warned that Malta might face repercussions. “We are at war with an invisible enemy,” said the Prime Minister on Friday. 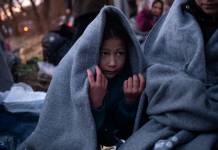 Alternattiva Demokratika welcomed government’s decision to let in 66 rescued migrants on Good Friday but said that the COVID-19 crisis does not absolve Government of its international obligations.

“Government is morally obliged to rescue people in distress, not to mention legal obligations under international and EU law. There are no limits to solidarity, whatever the Prime Minister says. Yes, Malta has every right to demand help, particularly from EU member states, but Government should stop conjuring up excuses to shirk from its responsibilities,” said AD.

Watch: Useless to be successful from a health point of view, if we retain restrictions – Abela 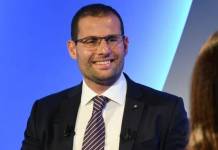 The Green Party said it supports NGOs which work in the area of migration and supports their stance that Government has no legal basis for its decisions on detention.