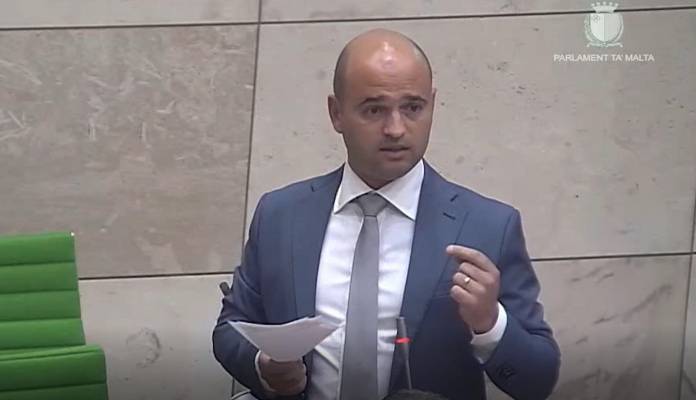 In an adjournment speech on Monday evening, Callus primarily referred to a social housing project planned in his hometown Siġġiewi: a 193-apartment complex close to the locality’s football pitch. He lamented that the complex, which extended over 3 tumolos, did not include a single open space, stating that he felt sorry for those who would end up calling it home.

“And then there’s the design of the façade, which is more reminiscent of Communist-era buildings than of a 21st century European state,” the MP added.

The project did not even include a space where residents could leave their domestic waste for collection, with Callus wondering about the “mess and inconvenience” that would result from 193 families having to leave their rubbish on the pavement.

Callus said that the government appeared to have panicked after failing to address the need for social housing in the past 7 years, and that the only solution it could think of was to increase the density of housing projects excessively.

“If I made 3,000 people live in a large hall I would have sorted out the waiting list for social housing, but in no way would I have solved the problem. But this is what the government is doing,” he said.

The MP also flagged another social housing project in Siġġiewi, in Triq it-Tank, where insufficient parking spaces were provided: 16 garages for 35 apartments. The design also clashed with the surroundings, as it was the only building without a front garden.