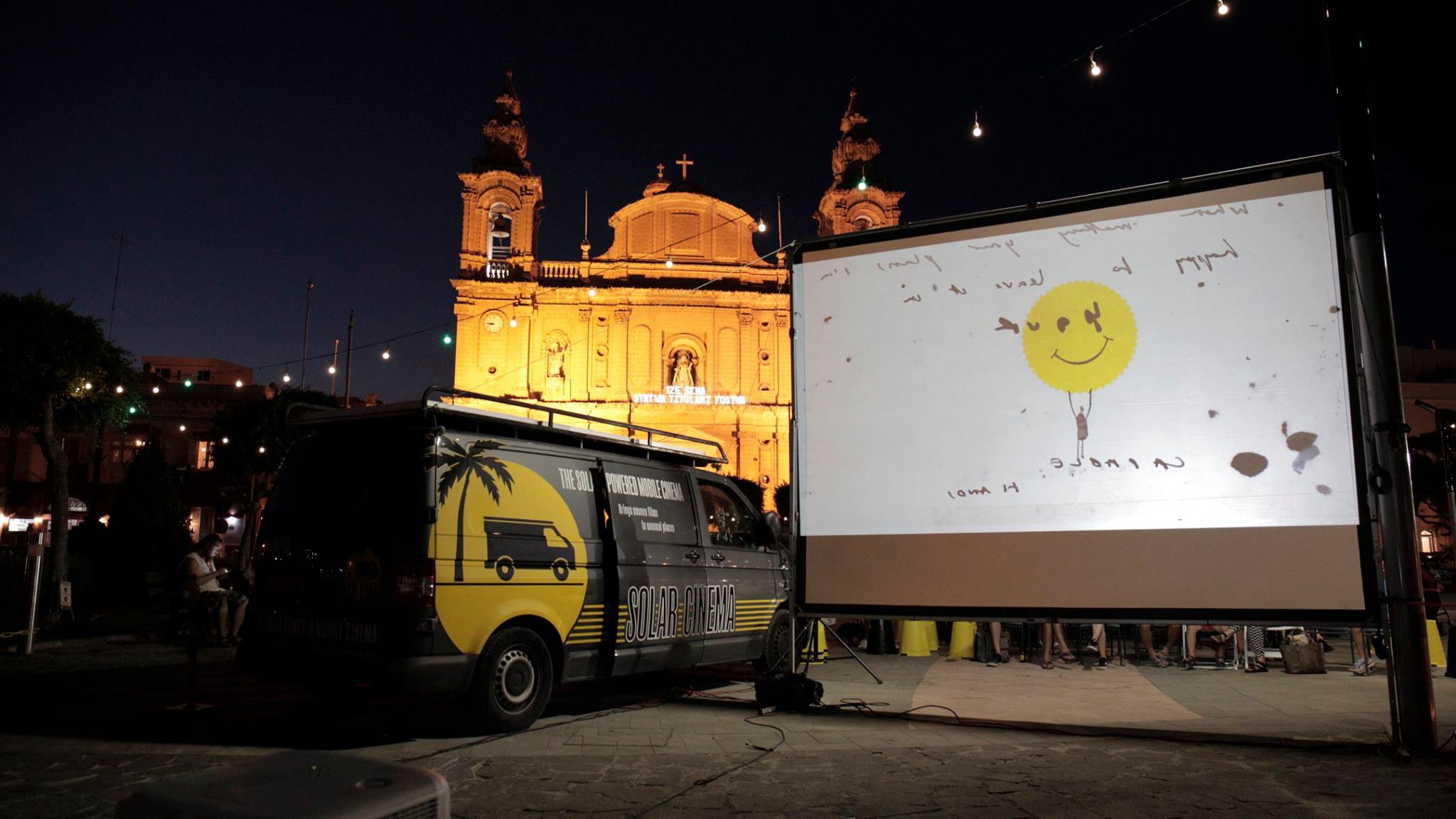 If you like films, are passionate about the environment and love the outdoors, then Solar Cinema is the place for you to be up until the end of summer.

Solar Cinema is a solar-powered mobile cinema which organises free open-air film screenings in a public space. All its audio-visual equipment is powered by 100% solar energy. Sounds perfect, doesn’t it?

The objective is to raise awareness and stress the importance of switching to renewable energies. Inspiring content is an important mission; therefore they include inspirational and artistic short films in their on-going ‘Go Greener’ film programme – a selection of short films that have a green or sustainable message or theme.

Solar Cinema has been travelling around the globe and is completely self-sufficient. Apart from the screenings it also offers free workshops and cultural activities.

A representative from Solar Cinema told Newsbook.com.mt that the response by local audiences has been overwhelmingly good and enthusiastic:

“We have created a huge following online and people visit our screenings in large numbers. It is great to hear people still talking about it after the screenings. We had amazing well-visited screenings at beautiful locations reaching out to a broad audience consisting of locals – both Maltese and foreign – and tourists of all ages. ”

There are only four screenings left to go before they pack up and leave the islands. The next event will be held in Pjazza San Lawrenz in Gozo on the 11th September. The short film programme ‘Memories’ will be screened which will include two Maltese films and one with a Maltese actress.