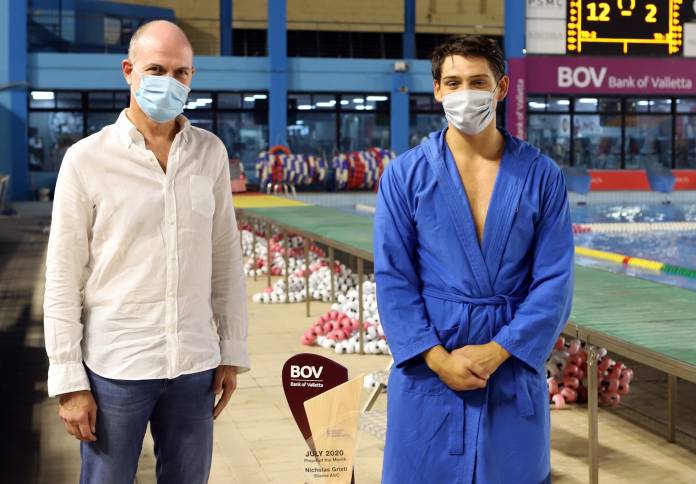 Sliema ASC and National Team goalkeeper Nicholas Grixti is the BOV Player of the Month for July 2020.

Sliema consolidated their defence when acquiring Grixti from Sirens following the 2019 championship and this immediately paid dividends with Sliema winning the Enemed Cup 2020, the first major award in a number of years for the most decorated team in Maltese Water Polo.

This is the third monthly award for Grixti who first won it in 2015 while still playing in the U19 Category;he also won last year’s award for July.

Peter Perotti, Chief Officer at Bank of Valletta presented a commemorative trophy to Nicholas Grixti while observing all guidelines by the Health Authorities.

Bank of Valletta is synonymous with Maltese sport and is a long term supporter of the Aquatic Sports Association of Malta.