Two Maltese men who were arrested on Tuesday in connection the double murder that took place in Sliema last week, were released without a charge.

Doctor turned investment banker Christian Pandolfino, 58, and art collector Ivor Maciejowski, 30, were shot dead at their residence on Locker Street at around 10.30pm on 18 August.

On Tuesday, the police arrested a foreign national believed to be the prime suspect and two other men. The Times of Malta and Net News have reported that the two men who were in the same residence as the main suspect were released without a charge.

The police are searching for two other men linked to the murder. 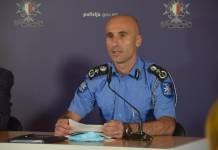 Police Commissioner Angelo Gafà told the press that a man believed by the police to be the ‘prime suspect’ in the double murder that took place in Sliema last week was arrested in during Tuesday’s police raid in Floriana.

During the press conference, Gafà repeatedly emphasised that investigations were at a delicate stage, and that he consequently was not in a position to reveal too many details – including on the identity of the suspect.

According to the Times of Malta, one of the men was released on Wednesday morning and the other was released later in the afternoon. The local newspaper reported that the latter was investigated for possibly harboring a criminal, but it seems that the person was not aware that the man was involved in the double murder.

The Police now have 48 hours to interrogate the suspect. A person who is held under arrest by the police for questioning has to be released from custody once 48 hours elapse from the time of his arrest, unless the person is charged in court.

Partit Laburista owned media reported that the man could be arraigned on Thursday morning.