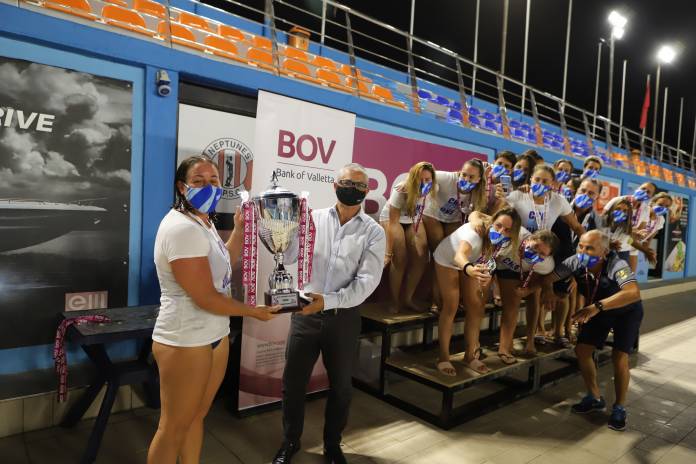 The Sliema girls, captained by Francesca Paolella, suffered only one defeat throughout the season to arch rivals Exiles in their first direct encounter of the season. But they avenged their loss with two dominant victories over the three-time champions to obtain a three-point lead, which they maintained till the end of the season for the championship.

Charles Azzopardi, Executive PR and Marketing at Bank of Valletta presented the trophy and medals to the newly-crowned champions.