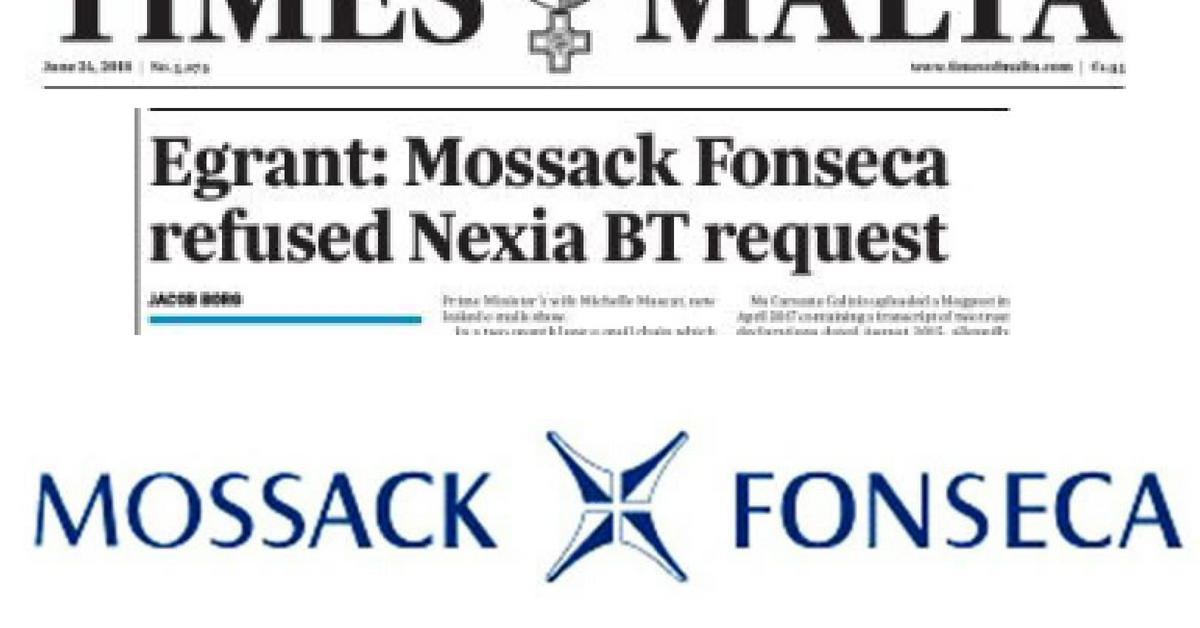 The offshore law firm at the center of the Panama Papers, Mossack Fonesca, failed to deny that the Prime Minister’s wife, Michelle Muscat, is not the owner of Egrant.

The law firm’s representatives in Malta, Nexia BT, had asked the firm to issue a statement saying that no declarations of trust were issued in favor of the Prime Minister’s wife.

The Nationalist Member of Parliament Simon Busuttil in a tweet asked why was it difficult for the law firm to deny that Egrant belonged to the Prime Minister’s wife, after The Sunday Times broke out the story.

REVEALED: NOT EVEN #MossackFonseca, closed down for #corruption and criminal activity, was prepared to deny that #Egrant belonged to @JosephMuscat_JM⁩’s wife.
If it was false, why was it so difficult to deny it?
It’s very telling, isn’t it? https://t.co/M3bIm2yRWg

Two days after the assassinated journalist Daphne Caruana Galizia revealed the declarations on her blog, Karl Cini, on behalf of Nexia BT, wrote to Mossack Fonesca. The Sunday Times has published the email correspondence.

Both the Prime Minister and his wife have denied these allegations.

Caruana Galizia had alleged that Egrant had received a payment of $120 million from a company owned by Aliyev’s daughter. To date no supporting evidence has emerged and the allegations are subject to a magesterial inquiry.

Mossack Fonesca replied to Cini on 8th May and said that they will reply to his request. A few weeks later they replied to Cini however they failed to reply to his request. An irritated Cini replied that he was confused by the fact that Mossack Fonesca was not in a position to confirm whether declarations in favour of Michelle Muscat were signed or otherwise.

The new data leaked to the German newspaper Süddeutsche Zeitung show that the law firm was not capable of identifying the beneficial owners of 75% of the companies it administered in Panama.