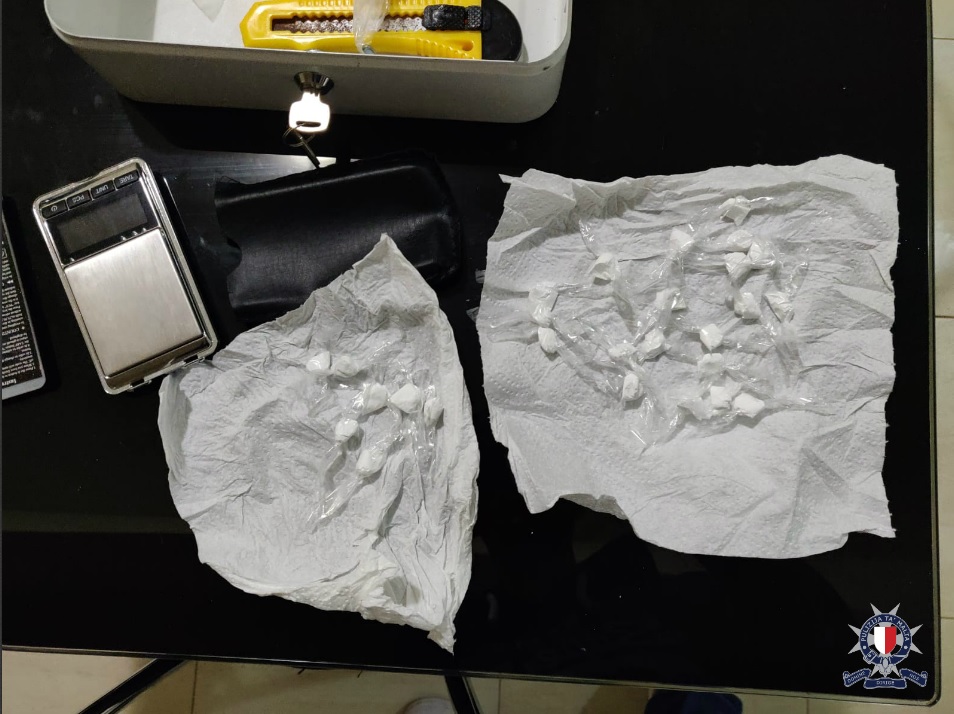 A woman was sentenced to six years in jail after being caught trafficking drugs from a bar in Għajnsielem.

The Court presided by Magistrate Joe Mifsud, heard how 45-year-old Susan Bugeja resident in Għajnsielem was trafficking drugs from a bar in Triq Għajnsielem on the 14th of July and other localities around Malta and Gozo in the months prior to her arrest. Bugeja has been accused of cocaine possession and trafficking and of committing a criminal offence less than 100 metres from a school.

A number of witnesses took to the stand including person who bought cocaine from the accused. Police constable Joseph Portelli stated that surveillance on the Għajnsielem bar started after the Police received a tip that drugs were being trafficked on location on the 12th of July of 2013, and how such eventually led to the arrest of Susan Bugeja.

The Court said given the evidence presented, managed to convince the judiciary that the woman was in possession of and trafficking cocaine. It therefore found the woman guilty of all the accusations brought against her and was sentenced to six years in jail and fined €5,000. Bugeja was also ordered to pay the experts fees which amounted to €1,306.77. The Court also ordered for the destruction of the confiscated drugs and the vetoed the circulation of the witnesses’ names and data that had ben presented in Court.