Six individuals have been fined €3,000 each after they were found in breach of quarantine rules.

So far, 49 fines were issued over the breach of quarantine rules.

The police have carried out 471 inspections around Malta and Gozo. The numbers were published in the daily Coronavirus Bulletin issued by the government.

As for establishments, the authorities found eleven persons residing at the same Sliema hotel which had been closed down by an enforcement notice and where 80 workers were found on Sunday.

Malta Tourism Authority officials found that possibly more people were residing at the hotel. MTA has asked for the termination of electricity and water supply to ensure that the hotel is not used. 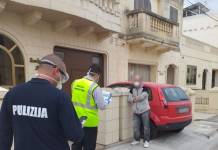 Other than that, no food and drink establishments were found in breach of the regulations. A total of 550 inspections were carried out.

Eight individuals were fined €100 each after they were found in groups of more than three people in public by the police. 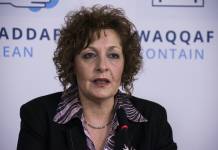 Thirteen new coronavirus cases were announced on Tuesday afternoon, during a press briefing by the Superintendent of Public Health, Professor Charmaine Gauci. Out of the thirteen cases, eight were patients who contracted the virus locally. During the briefing, Professor Gauci observed that second generation transmission was noted in some of the cases.

Mater Dei gets a data dashboard

A new online system has been set up at Mater Dei which allows access to and the sharing of common information. The government said that the system is aiming at a greater efficiency so that more timely decisions are taken. Lab results regarding Covid-19 are immediately disseminated online so that professionals are able to take strategic decisions while maximising resources.

The information is collected from the ITU, the activity in the wards, the emergency department, swabs, and age and sex-related analysis of patients—all under one umbrella.