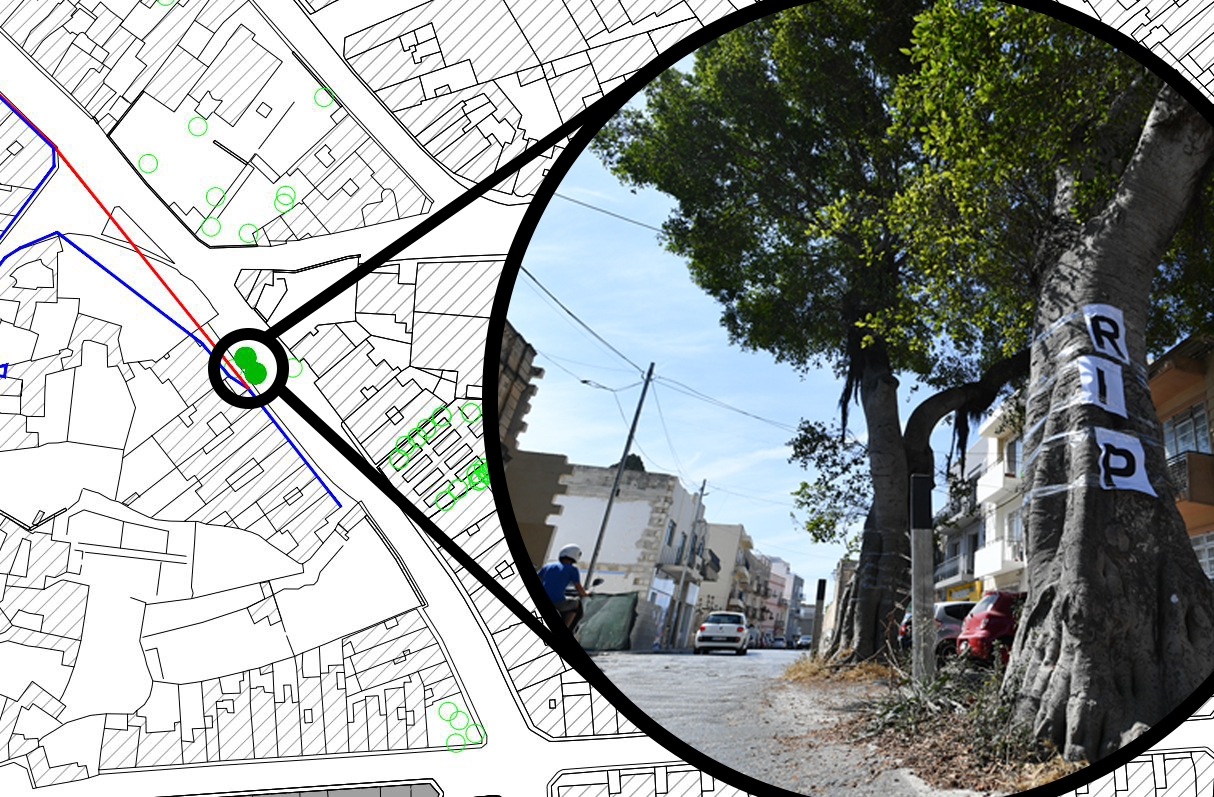 Plans show that the two trees will be uprooted to make width for the newly-constructed Valley Road in Balzan. Transport Malta will begin works for the rebuilding of this road.

Last week, Minister of Transport Ian Borg announced this project in a press conference along with representatives from the Local Council. Then he said that this project will cost half million Euro.

It also seems that the signs placed by activists with trees were removed overnight.

Perit Simone Vella Lenicker, another resident who spoke with Newsbook.com.mt said they are trying to save these trees. She also asked why the environment is being thorn in a savage manner and why residents are not being allowed to voice their opinion.

She explained that the Local Council discussed this topic at a meeting held yesterday at 8.30am, a time in which most of the residents were at work and therefore could not attend.

The architect also commented on the site plan showing the existing planning proposed in blue and the proposed project in red. The resident said that in this plan there are no signs of zebra crossings, no lights or new paving or trees. She ended by asking whether this road will be built on the basis of what they called “a simple site plan”. 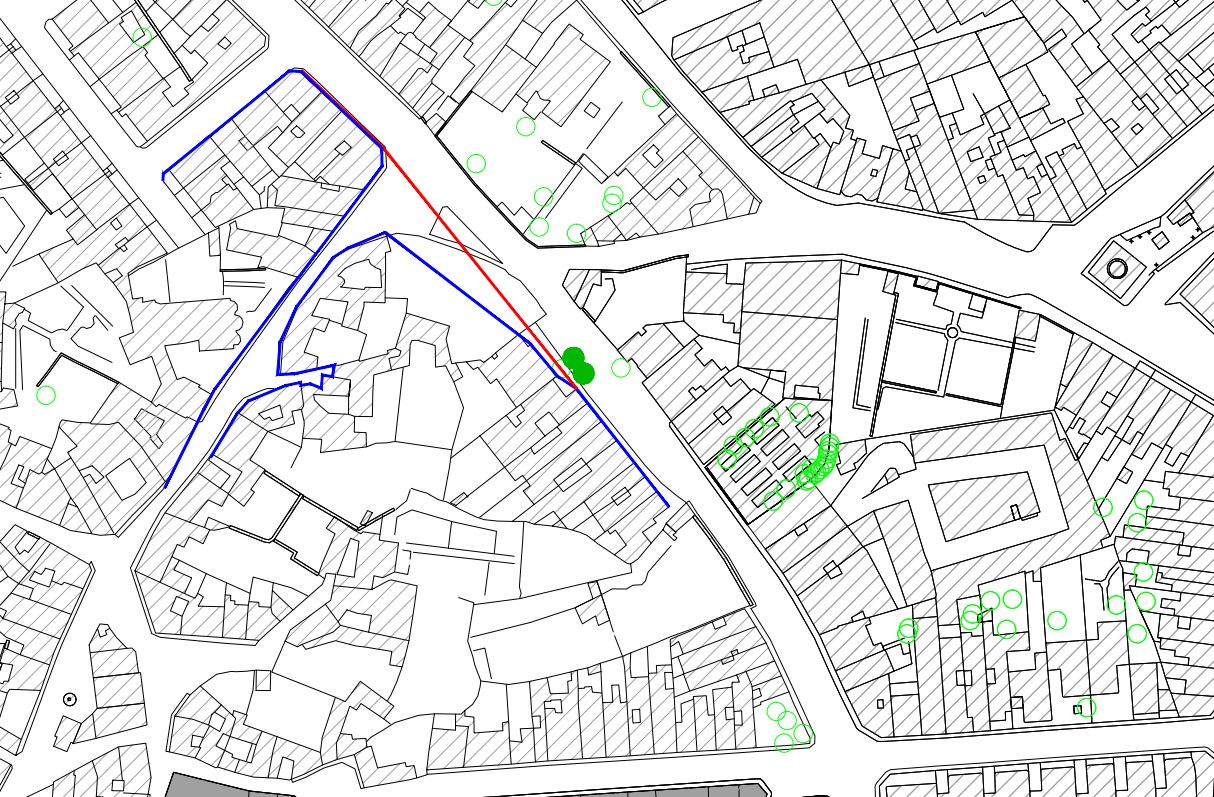 Attard residents who form part of the ‘Attard Residents Environmental Network’, said they are also slowly being irritated with the way parliamentary questions are being answered. They called on the Government to discuss this issue with the residents, with the owners of the fields, farmers who have leased fields, farm owners and owners of commercial establishments who will be affected by this project without any delays.

Even the head of the Democratic Party commented on these trees and said that they are more important than votes. He explained that these trees are more valuable than the few more minutes anyone would experience on the road due to traffic.

Save our trees. They are more precious than votes. They are worth more than a few extra minutes on the road. I use the…

Meanwhile, Newsbook.com.mt is informed that on Saturday between 5pm and 7pm residents will join with the Gabriel Caruana Foundation in a stand for awareness adjacent to these two trees. You can see more details about this activity by pressing this link.