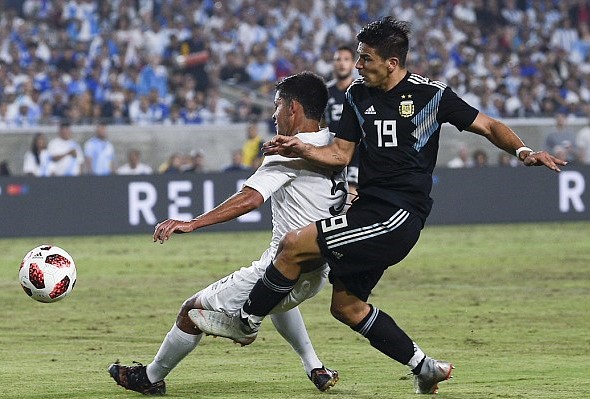 Giovanni Simeone scored against Guatemala on his debut for the Argentinian national team. The Fiorentina strikers added his side’s third goal on the stroke of half time. The 23-year-old signed for La Viola from Genoa in 2017 and managed to score 14 Serie A goals last season.

Argentina took the lead  thanks to Gonzalo Martinez’s penalty just before the half-hour mark before Giovani Lo Celso added his side’s second in the 35th minute.

Lionel Scaloni was put in charge of Argentina on a temporary basis after Jorge Sampaoli was dismissed following the South Americans’ exit to France at this year’s World Cup.