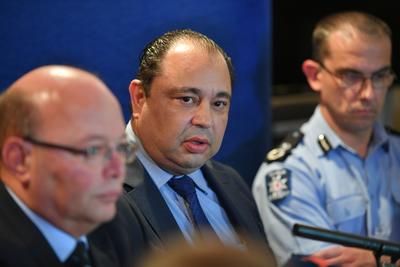 Wednesday morning in court, pardoned middleman Melvin Theuma, said that Silvio Valletta used to feed information to Yorgen Fenech regarding the investigation on the murder of Daphne Caruana Galizia. In court Theuma also mentions that he and Fenech used to refer to him as “Valletta l-Oħxon”.

Valletta also said that he remained part of the investigation until 13th June 2018 and therefore he was privy to information about the case till that day.

The former Deputy Police Commissioner Silvio Valletta travelled abroad with Daphne Caruana Galizia murder suspect, Yorgen Fenech when the latter had been identified as a person of interest in the case.

Valletta had said that he would have never travelled with someone knowing that the person was under investigation.

Valletta and Fenech travelled to London to watch a football match at Chelsea FC Stamford Bridge stadium on 29 September 2018. By then, Valletta “suspended himself” from the murder investigation after a decision by the constitutional court in June 2018.

Fenech was identified as a person of interest by May 2018.

Valletta confirmed that he had travelled with Fenech, however, said that he had paid for his flights and was not working on the case since June 2018.