Two siblings are being kept under arrest over drug trafficking charges near their residence in Cospicua. In total, three men and a woman, aged between 20 to 26 years old, were arrested over the possession and trafficking of drugs.

In a statement, the Police said that they raided the Cospicua residence at around 11.00 pm on Thursday.

On Friday, two siblings were arraigned and pleaded not guilty to being found by the Police with a substantial amount of drugs ready to be trafficked.

In Court, Inspector Mark Anthony Mercieca explained that the accused was seen coming in and out of his residence giving small packages to people.

Upon the execution of the arrest, the brothers were seen throwing some money and drugs out of a window inside the same residence into a courtyard. Following a search inside the property, the Police discovered numerous synthetic drugs, cannabis grass and heroin. 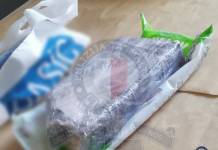