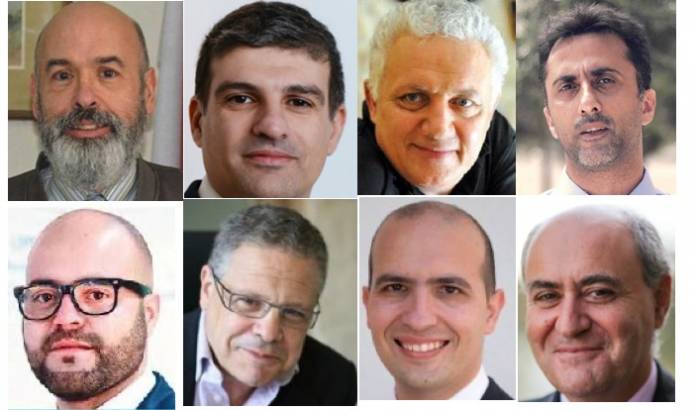 Eight public personalities expressed their opinions on whether the Prime Minister Joseph Muscat should leave immediately or leave in January. The general consensus leans towards the immedaiate, even if some comments were non-commital.

Newsbook.com.mt asked: In he light of the developments which have happened in the past few days concerning persons close to the Prime Minister and even allegations that he too was mentioned by Yorgen Fenech, do you think that the PM should resign now or later?

These are the answers:

He should consider resigning immediately since it appears that thst decision has already been taken. If the prosess of resignation is drawn out, there is nothing to ensure that futher damaging information is not made public. If that happens, the public anger will increase and it will obstruct the work of government.

He should decide when the timing is ripe

The priority should be the completion of the popitical program. That is what should determine when he should leave. It is always his decision to take and when he judges the timing to be right. This is even more true of the present Prime Minister who enjoys the trust of his MPs. The main thins is that the transition should be seamless.

He should leave immediately

The Prime Minister should leave now. He should go immediately to the President and tender his resignation. Each minute longer he remains in his position is detrimental to the process of justice. How can one rest easy, for example, that the police commissioner is being allowed to operate freely when Joseph Muscat is Prime Minister. He cannot even operate properly as PM in the international scene.

The decision will be taken internally in the interests of stability on the lines of Res Ipsa Loquitur.

We spoke to a legal expert in order to get an interpretation of the legal term expressed in Latin. The answer was as follows: If something bad happens in a situation which is under the control of a person, that person in control will be deemed to have been negligent even if there is no proof of negligence on his part.

He should leave immediately

He should resign and leave immediately. If you have people around you who are tainted or are perceived to have been tainted, you have to resign immediately.

One should not get the idea that all that prime Minsiter Muscat did was wrong – certainly not the case. However a good leader, and Muscat has repeatedly shown that he was a good leader able to take good and difficult decisions, knows when he should quit. The current situation needs to be stabilised for the serenity of the country and unfortunately Muscat no longer guarantees stability. So I believe that it is right that the democratic protest for the election of a new leader and a new Prime Minister should start immediately.

His position is no longer tenable

In an ideal world, the Prime Minister should leave now as his position is no longer tenable. But, in politics, there are other considerations which, I would hope are in the interest of the country and not so that there is more covering up. There is not much of a ga between now and January. The only reason can I see for the Prime Minister to remain is to provide for a seamless transition for the Labour leadership. His position is no longer tenable not only because of what happened but also because of what further might be revealed. Since he is under a shadow, he cannot stay. I am disappointed becaus his government achieved many good things even if there are sectors which are not performing well. It is a pity that a government which was elected with so much energ and with the promise of change arrived to this point.

He should be replaced by Bartolo in the interim

The Prime Minister should resign immediately and Evarist Bartolo should take over as interim PM. Thus the Labour party will have sufficient time to get back to normality. Then the election for a new leader can happen in a serene athmosphere.