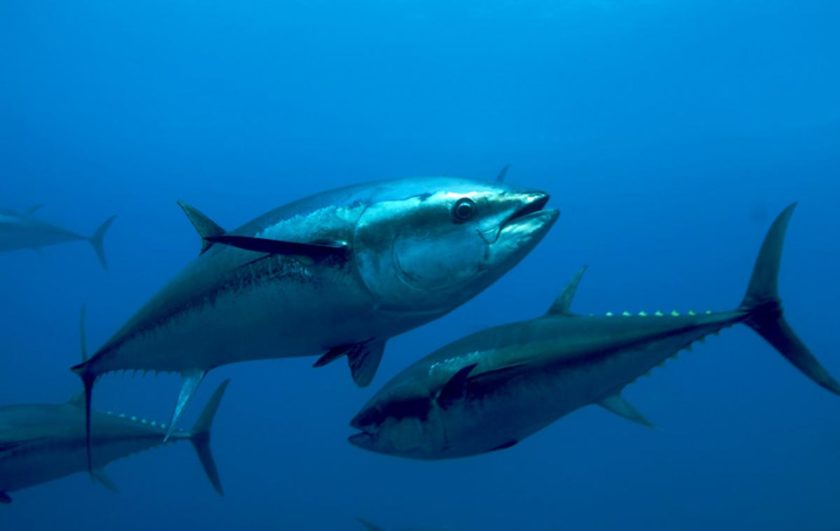 Four out of five MEP candidates who replied to a questionnaire by Birdlife Malta believe that the EU’s policies on protecting Malta’s marine habitats and fishing should be dealt with nationally.  Alternattiva Demokratika’s Chairman Carmel Cacopardo, the Nationalist Michael Briguglio and the Partit Demokratika leader Godfrey Farrugia, provided views around this area.  However, this differs with Independent candidate Antoine Borg who believes that this is a European problem and that a solution must be collectively found by the European Union.

These responses came following the submission of questions to all 41 MEP candidates by the Birdlife NGO. Each MEP was asked to submit his or her response to 10 questions on 5 key local and global environmental priorities the NGO believes the candidates should, ‘consider, promote and endorse.’ These were presented prior to a Breakfast discussion hosted by Birdlife.

Birdlife asked, ‘Mapping and protection of sensitive species and habitats should precede determination of human activities in the marine environment.  Do you agree? What steps will you take to ensure that spatial planning and management plans truly ensure sustainable use of the seas, especially with regards to our Maltese Coastal and Marine Protected Areas?

This is how the candidates responded…

The independent MEP candidate Antoine Borg told Birdlife Malta that he sees the issue of fishing and marine planning as one that must be dealt with through European institutions and not on the national level.

Borg said that Europe must have, ‘the authority to work as a single entity to protect our common marine environment,’ and ‘should not be left to national interests.

This he says ensures the ‘entire problem’ is handled ‘holistically.’

Alternattiva Demokratika’s Chairman Carmel Cacopardo explained that it was, ‘The role of the EU institutions to monitor government’s implementation as much that this is in line with the acquis. I will take an active role to ensure that government is held to account.’

Partit Demokratika leader Godfrey Farrugia also agrees with the questions stating that he has, ‘been upfront to protect our coastal waters and marine life and marine natura 2000 sites.’  He outlines three key points including the creation of a National Aquaculture Strategy based on scientific evidence on fish farming, an end to the leaks of raw drainage from the Gozo Treatment Sewage plant and a condemnation of the dumping of construction waste at sea and land reclamation.

The Nationalist Party MEP candidate Michael Briguglio said that, ‘The marine environment should benefit from spatial planning and management plans which are based on scientific evidence and expertise.’

He also added there should be ‘proper enforcement’ of the Coastal and Marine protected areas.

The Independent MEP Arnold Cassola takes a harder line on the question, stating that while agreeing with the statements, he believed that the ‘yesmen (and/or women) from Fisheries Directorate should be removed. He also called for a limit in the number of fish farms and those operating should ensure that they fit the rules. This would also include programmes, ‘for sustainable fishing by small scale traditional fishermen and methods.’

Increasing EU budgets and the protection of biodiversity and natural ecosystems

Birdlife Malta also asks prospective MEP candidates about whether the EU budget should be increased and of the protection of biodiversity and natural ecosystems. Birdlife states that according to the European Commission only between (9 and 19%) of the EU budget was co-financing the implementation of the Natura 2000 programme.

Borg explains that with the EU investing in hi-tech Research and Development and ‘precision agriculture’, with this potentially being used to protect the environment. Use of this technology could be ‘tied’ to payments from the Common Agriculture Policy (CAP), he adds.

He explains that this would mean that there would be no longer be a need to ‘take money away from some other interest group to fund Natura 2000.’

While Borg focuses on a solution linked to technology, the AD leader explains that increasing the budget ‘is only part of the problem.’ It is really a case of ‘changing mindset’ and making the ecosystem more appreciated, Cacopardo says.

The PN MEP candidate Michael Briguglio states the budget should increase and is used towards protecting the biodiversity and natural ecosystem.

Briguglio also points out that there should be more flexibility over the budget in relation to the ‘needs of the small islands’ and that funding for Malta, ‘should be used wisely to meet local specifications.’

Farrugia is also in agreement on increasing the budget and that the funds are ‘formulated on the premise that they are guided by the Paris Agreement and Sustainable Development Goals.’

While listing a series of local goals including legislation on noise and light pollution, a circular economy for waste management and sustainable construction and demolition, Farrugia also points out that he would ‘declare a war’ on misused chemicals.

‘I would definitely declare a war on the use or misuse of certain pesticides and herbicides, commit myself to the reduction in use of single use plastics, ensure that the drinking water directive is more ably worded and stricter targets on carbon footprints are established,’ he explains.

Cassola promises to be put pressure on the EU Commissioner and highlight ‘inconsistencies’ of the Maltese government on encroaching development on Natura 2000 and ODZ land.

‘Will put pressure on the EU commissioner for the Environment through my role as an MEP. And then, in Malta, highlight all the inconsistencies of the Maltese government that is allowing unbridled development to encroach on Natura 2000 areas and other ODZ areas.’

These are just some of the MEP’s responses shared prior to a Breakfast discussion hosted by the conservation NGO, in which MEPs explained their views.

Monique Agius   October 1, 2020
Mass on the opening of the Forensic Year

John Paul Cordina   September 30, 2020
A number of convents across the country have had rooms converted into classrooms as Malta’s 55 Church schools prepare to welcome 17,000 students for the next scholastic year in the midst of a Covid-19 pandemic.