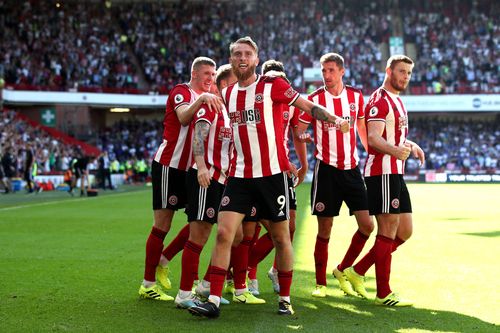 The Premier League introduced a midseason player break and only 4 games were scheduled for the weekend. Three games went ahead as the game between West ham United and Manchester City was postponed due to the adverse weather conditions from Storm Ciara on Sunday. On Saturday Everton extended their unbeaten run to five games as they registered another positive result with a 3 – 1 victory over Crystal Palace at Goodison Park.

In the other Saturday game, Brighton and Watford shared the spoils in a 1 all draw at which left Watford still in the relegation zone while keeping Brighton 3 points above them. In the only game played on Sunday Sheffield United moved up to a fifth-place with a hard-earned victory over Bournemouth. Callum Wilson put the Cherries ahead after 13 minutes as the visitors had been the best team in the opening periods of the game. The hosts drew level in first-half injury time when Billy Sharp scored from close range. After the break, the Blades were the better team and Lundstram scored the winner for the home side six minutes from time.

John Paul Cordina   October 31, 2020
Slovakia is seeking to test everyone over the age of 10 – approximately 4 million people – for Covid-19 in a bid to avoid a total lockdown, but experts, as well as the country’s President Zuzana Čaputová, have been sceptical of the plan.