Archbishop Charles Scicluna described sex abuse as a deep hurt and a spiritual betrayal. Speaking in a Q&A session which was part of a 2019-2020 forum series called “Rebuild My Church: Crisis and Response,” Archbishop Scicluna was in the hot seat answering questions posed by university students, intended to examine the sexual abuse crisis in the Catholic Church.

Scicluna: Real deal as a reformer – Editor of Crux

A most remarkable man

Referring to Archbishop Scicluna, John Allen the moderator and Editor in Chief of the authoritative Catholic Journal Crux Now said: “I have been blessed over the course of my career, more than 20 years now, to know three Popes. I have probably met personally and interviewed more than a hundred cardinals, more than a thousand bishops, probably. If I had to come up right here, right now, with a list of the 10 most of the remarkable people in the Catholic Church that I have ever met, this man would be on it.”

The ‘knight of Malta’ to help Polish church battle abuse

A point of hope

“It was Archbishop Scicluna to whom Pope Francis turned to help him deal with what is arguably one of the most intense clerical abuse scandals to erupt anywhere in the world, which has been in Chile,” moderator John Allen said. 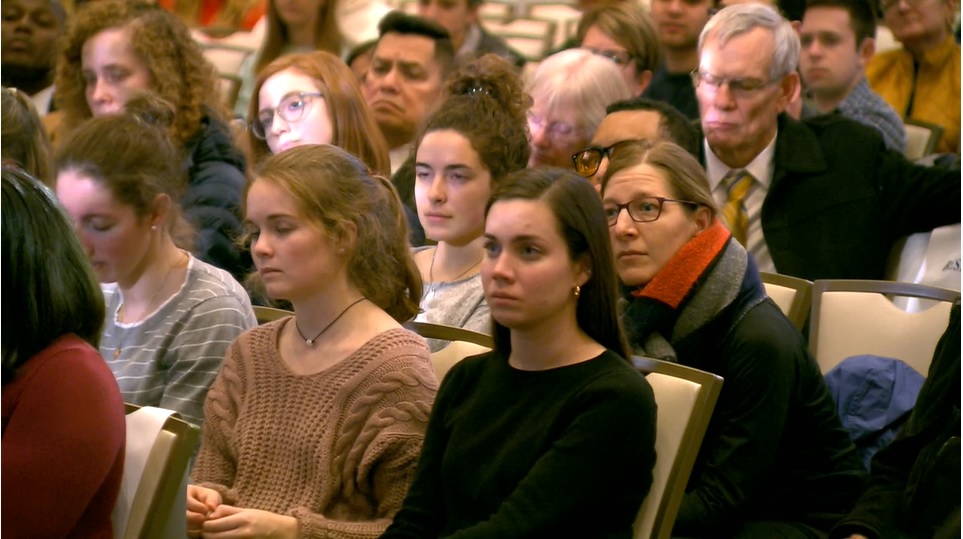 Speaking from the heart, Archbishop Scicluna said in his dealings with victims of sex abuse by the clergy, he has come to see the matter ‘as dealing with sacred ground’. “You are dealing with a human being that has been hurt and betrayed on a level that we cannot really understand. … It is a spiritual betrayal,” Scicluna said. He recalled the anguished words of Christ ‘Why have you forsaken me?’ He likened the experience of speaking to the abused to the experience of the holocaust and the testimony of St Maximilian Kolbe.

Scicluna said the church has a duty to care for victims of violence and wants every diocese to have a reporting system in place. “But it’s a question of accepting the law and following it,” Scicluna said.

He added that the church needs more accountability of leadership. It is his considered opinion that  reporting abuse should become engraved in the law, whenever someone hears or knows it happened.

Archbishop Scicluna said the United States has to move forward and “transform anger as a determination to get it right.”

“We are in this together,” he added.

The ‘knight of Malta’ to help Polish church battle abuse