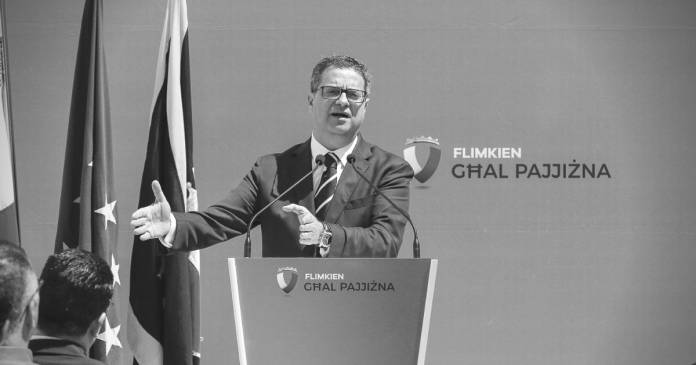 As the internal crisis unfolded within Partit Nazzjonalista on Thursday. Here are seven takeaways from the leadership crisis:

Partit Nazzjonalista leader Adrian Delia told the press that he intends to lead on the party until the next general election.

Nationalist MP Jason Azzopardi in an angry Facebook post early morning said that he felt ‘deceived’ after reading about Delia’s comment to the press. Referring to last night’s parliamentary group meeting, Azzopardi said that Delia had told them that he would take some days to reflect on what said to him and come back with a decision.

‘You cannot fulfill your role’

Nationalist MP Therese Comodini Cachia in her letter to Delia in which she asked him on how come he failed to understand that he could not fulfill his role. The MP accused him of taking them all for a ride. All the PN parliamentary group was copied in the email, along with Alex Perici Calascione and Louis Galea.

Louis Galea calls on for new leadership to be installed

Former PN MP and veteran party activist Louis Galea who was tasked with the party’s reform has called on for a new leadership team to take charge of the party.

Partit Nazzjonalista Executive Committee President Alex Perici Calascione said that he will shoulder the party’s interest first before his own. He said that giving up was not an option and should never be an option. He added that collective effort, courageous decisions and strong determination.

Cancelled meetings with the President

President George Vella has summoned Partit Nazzjonalista MPs only to cancel the meetings some time later. The Constitution grants the President power to remove the Leader of the Opposition if whoever it is, does not command the support of the majority of Opposition MPs.