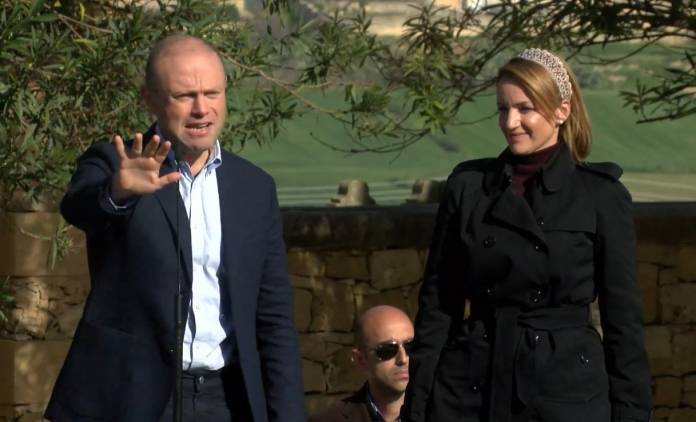 I can’t even anymore. This saga, which has been playing out for far too long, is just getting more bizarre by the second and it’s making me sick to my stomach. The trigger this week? Two news stories that made my blood curdle and my pupils dilate: Michelle Muscat saying she relates to the Pope’s moment of weakness, and her husband, the disgraced prime minister, stringing together another one of his statements to infuriate anyone with half a brain cell left functioning.

Let’s go through them both, shall we?

First of all, Michelle, just because you make comparisons with the high and mighty doesn’t make you high and mighty yourself. You have spent the past decade badly sashaying through your role while making yourself out to be Marie Antoinette on the eve of her execution. You have attacked the media for not loving you enough, not taken responsibility for any of your horrific decisions, such as not paying the prison inmates whom you got to sew curtains, and then added the cherry on the cake by saying that you felt pain in your hands when people tugged at you, especially when you had rings on. Seriously, is this an episode of Dynasty?

And do you know what totally gets to me? That the same people who idolise this woman are the first to throw shade on the likes of Corinne Vella for knocking on Castille’s door when her sister, Daphne Caruana Galizia, was assassinated by a ring of people operating from within. Or Cami Appelgren for confronting the authorities about their lack of effort in preserving and bettering our environment – or, rather, who work on steroids to see it destroyed. Or Alexandra Alden for putting her money where her mouth is and using her platform for something beneficial to society.

Honestly, I despair at what the upcoming generation is being taught when their parents hail a woman like Michelle Muscat a saint or a queen but discredit others who are doing so much.

And then we have the Prime Minister, throwing himself another pity party on the eve of his resignation. Well, let me spell it out to you: if you’re truly going to miss ‘planning how Malta could grow economically’, then you should have worked harder on not dragging its name through the mud. You had every opportunity and tool to do so, but you chose yourself and your friends over everyone else. So cry us a river, build a bridge, and get over it.

Seriously, what has become of modesty and shame? Or are we relegating those to the past like we’ve done with most of our common decency, morals and values?