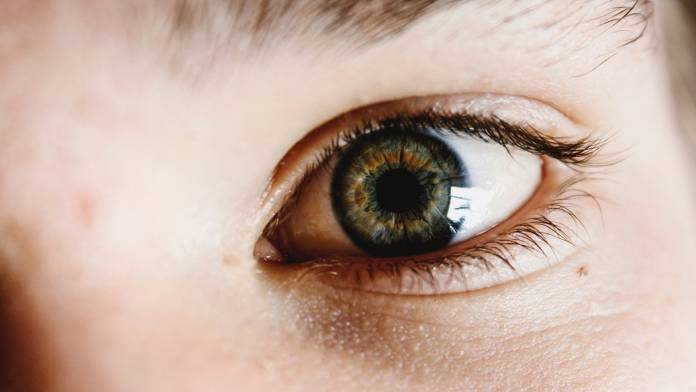 Consultant ophthalmic surgeon Francis Carbonaro saw an opportunity to boost the island’s records regarding local eye health while studying for his PhD at King’s College in London.

“While I was living in the UK, I was considering what useful research I could do back in Malta,” explains Francis. “Although other European countries keep governmental records of the eye health of their respective populations – and use that information to improve Public Health Care – we in Malta do not yet have easily accessible data, at least for ophthalmology. There currently isn’t robust, reliable data regarding the prevalence of eye disease in Malta, data which may then be used to give very valuable insight into the nation’s health as a whole.”

Mr Carbonaro plans to rectify this lack of data through the soon-to-be launched Malta Eye Study, a streamlined research project that aims to collect eye health data of around 2,000 individuals from across Malta and Gozo, between the ages of 50 and 80.

“Since we will be specifically looking for eye diseases such as glaucoma and cataracts, as well as determining the prevalence of blindness or visual impairments, we have chosen to focus on an older age range that may be more prone to such eye health issues,” Francis continues. “By focusing on such a specific demographic, we will also be able to confidently use the collected data to improve local health services. We may even be able to determine if there are any genetic or environmental factors, such as climate, that may have affected the overall health of the population.”

This study will be carried out by PhD student David Agius under the supervision of Mr Carbonaro and Prof Julian Mamo. Dr Agius, a Higher Specialist Trainee in Ophthalmology, will be collecting and analysing all the data from the 2,000 randomly selected subjects.

Each of these subjects will be invited to attend the Floriana Health Centre for a brief 30 – 45-minute visit where they will be asked to complete a questionnaire, before being given a full eye test, completely free of charge. Among other tests; images will be taken of the retina and optic nerve, details noted of any prescriptions, and the subject’s DNA will be collected via a harmless saliva swab. The eye test will be far more detailed than at any clinic appointment.

Thus, all the study’s subjects will receive free, specialised optical medical care, where they will be referred onwards as necessary. In addition, their individual DNA sample will be examined by specialists, which may uncover genetic traits that could directly impact the health care needs of both themselves and their immediate family.

The chance to give back to his home nation through potentially improving the general health of the population is an endgame that is very close to Francis’s heart, since Malta was also the springboard of his own career. Following his graduation from the University of Malta Medical School in 1999 and two-years of General Practice locally, Mr Carbonaro moved to the UK to pursue his post-graduate Ophthalmology training. He completed his training in the UK, and in addition was awarded a PhD from King’s College London, for his research on Glaucoma. Besides having published many research papers in several peer-review journals, he has also published a book on Glaucoma Surgery.

“THERE IS A NEED FOR RELIABLE DATA ON THE PREVALENCE OF EYE DISEASE IN MALTA, WHICH MAY THEN BE USED TO GIVE A SNAPSHOT OF THE NATION’S HEALTH AS A WHOLE “

Regardless of his unique experience and qualifications, however, the journey to realising the Malta Eye Study has been a long one for Mr Carbonaro, largely due to the struggle to secure funding which, he argues, should at least in part, be a prerogative of the government.

“Research projects such as the Malta Eye Study I feel, should be funded and prioritised by the government – or at least incentivised; for instance, by making purchases such as instrumentation VAT-free like several other European countries. The generated data could have a knock-on effect on the specific health care requirements of the general public,” he points out. “Accurate data from projects like this may be used to inform strategies for public health care, as well as setting up efficient, customised screening strategies, establishing projected financial costs, and defining which medical staff may be required and where. It would be an incredibly useful resource for the government”.

With the help of University of Malta’s Research Innovation and Development Trust (RIDT), funding for the project was secured from the Malta Community Chest Fund (MCCF), which donated €132,000  – the largest donation ever made by the Fund towards medical research. While this contribution has covered the purchase of specialised equipment from abroad and the salary of the PhD student, additional funding is required to complete a second study, in which the DNA data collected will be examined in more detail to determine common genetic traits of the Maltese population. Class Optical, a leading local lens manufacturer and importer has also committed to help fund the study in some format.

“The main issue with all research is funding,” continues Mr Carbonaro. “Similar studies abroad require tens of millions of Euros, and most will have a team on board who can liaise with the subjects, go out into the field and collect data, and so on. By the time you have covered the costs of the equipment and the specialised manpower, the funding is all but gone. Thankfully due to the passion and vision of the RiDT, led by RiDT CEO Wilfred Kenely, and local private sponsors, research in Malta can hopefully contribute to changing healthcare in Malta and possibly further afield, one project at a time.”

The University of Malta’s Research Innovation and Development Trust (RIDT) was established by the Government of Malta in 2011 to bolster investment in research and development on a national level. Funds donated by the general public to the RIDT go towards medical research and other worthy causes, with the aim of enabling a better quality of life for all. In keeping with its mission to invest in the wellbeing of society on all levels, RIDT has secured funding for multiple projects led by experts at the University of Malta. For more information or to make a donation to the RIDT, you may visit the website or Facebook page or call +356 2340 8201.

Long distances each day are taking their toll on Lifecyclists

Battle of the Brains – 4th Edition

Pope condemns Anti-Semitism and calls for proximity and inclusion

Mario Schiavone   January 23, 2020
“Even recently, we have witnessed a barbaric resurgence of cases of anti-Semitism.”Pope Francis decried this to a delegation from...