A second fibre optic cable between Malta and Gozo was inaugurated by Prime Minister Robert Abela on Monday.

It will be operated by the government-owned company Gozo Fibre Optic Cable which has successfully concluded agreement with all three communications companies in Malta.

Until now, Gozo has relied on a cable rented out from Enemalta. An increase in the demand for internet connectivity which is fast and reliable both from the private and public sector led to the second fibre optic being installed.

According to a 2014 study, there was a need to address the issue of internet connectivity between the islands through a state intervention. The study has also showed that stronger data connectivity could lure digital workers to Gozo.

The work to install the second cable had started in April 2019. 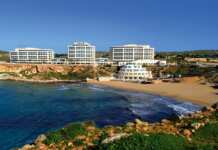 Prime Minister Robert Abela remarked that a more secure connection will lead to further opportunities being created in different sectors including health, education and the industry in general.

Gozo Minister Clint Camilleri noted that the second fibre optic would entice iGaming businesses to set up shop on Gozo. He also made reference to Gozo’s economic growth over the past years.

Economy Minister Silvio Schembri expressed his satisfaction that after months of hard work the project has been concluded. He added that he believes that this investment will help to boast Gozo competitiveness and attract new investment to the island.

The new fibre optic cable was also welcomed by the Gozo Business Chamber which underlined the importance of the project and its benefits. It added that this project goes hand in hand with the Digital Innovation Hub in Xewkija.