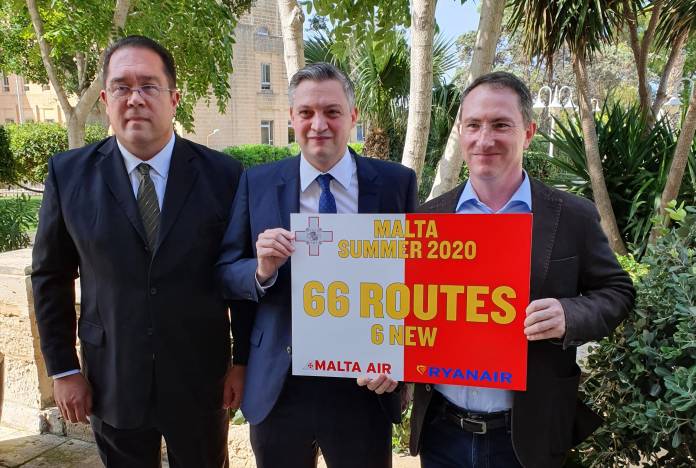 The airline company which is a subsidiary of Ryanair, in a statement said that in total 66 routes were launched, meaning that it would deliver some 3.1 million customers annually, and support 2,300 on-site jobs, at the Malta International Airport in 2020.

The six new routes include:

Malta Air has launched a seat sale on its European network with up to 25% off on over 100,000 seats for travel between November and March. Seats must be booked by Midnight on Monday on Ryanair website.

Delia breaks silence; Says he will continue working with a clean conscience

Amy Borg   July 12, 2020
This was the first time Adrian Delia made a public statement following the meetings the President of Malta is conducting with PN MPs to analyze the situation.

Sylvana Debono   July 10, 2020
Dr Giovanni Bonello, formerly judge in the European Court of Human Rights and legal heavyweight said that the relevant section of the constitution at the present juncture is Article 90(4).

Fitch affirms Malta at A+; Slow recovery in tourism expected