Sea Watch 3 has been cleared to set sai after three months holed up in the port of Licata. The ship, property of the humanitarian NGO Sea-Watch has won its appeal to the Civil Court of Palermo. Its vessel, Sea-Watch 3 and has been freed and allowed to continue operations after being impounded for six whole months.

Sea-Watch 3 transports migrants in distress to safe ports in the Mediterranean.

On Twitter, the NGO posted that the ship finally set sail for its next mission, at around 11.00 am. It added that “sitting on a blocked rescue ship for months while people tried to cross, and died, was unacceptable.”

Chairman of the Association Johannes Bayer stated that “hundreds of people have drowned at sea while the Sea-Watch 3 was unfairly held in port by Italian authorities.”

The organisation has recently criticised Frontex, the European Border and Coast Guard Agency.

It said that although the budget is growing every year, Frontex is hindering effective rescue at sea instead of contributing to saving human lives.

Last week, migrants rescued in the Maltese search and rescue zone disembarked in Italy after Maltese authorities did not allow them to disembark. This was stated by the humanitarian NGO which organised the rescue itself, SOS Mediterranee. 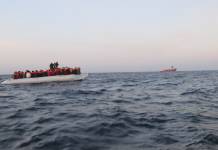 When Newsbook.com.mt reached out to the Armed Forces of Malta, a spokesperson for the AFM did not confirm the incident and refused to give a comment.

Newsbook.com.mt then emailed the AFM a few hours later, asking the following questions:

Up till the publication of this article, the AFM has not responded to the questions asked.