A spokesperson for the Dutch security and justice ministry has said that the Netherlands is ready to accept migrants from Sea Watch 3, if other EU countries do.

Speaking to the AFP news agency, Lennart Wegewijs said that the country would be prepared to welcome some of the 32 migrants on board the Dutch-flagged Sea Watch 3 vessel.

He told AFP, ‘The Netherlands has indicated a readiness to possibly take in a proportional number of migrants who are on board Sea-Watch 3, on condition that other European countries do the same,’

This marks a dramatic turnaround for the Netherlands, whom had been one of the European member states to initially refuse the disembarkation of migrants rescued on December 22nd.

‘Negotiations coordinated by the European Commission are underway between the different European countries … We are seeking a solution to this situation.’, he told AFP.

Minister Michael Farrugia has tweeted on the situation facing the two Search and Rescue Vessels currently off the coast of Malta.

These were the positions of the #NGO vessels #Seawatch3 and #ProfAlbrechtPenek when they conducted interceptions of migrants who are still on board. #Malta was neither the appropriate nor the competent SAR Authority pic.twitter.com/erZa6DBeEN

A government source has officially confirmed the news that Newsbook.com.mt had broken hours previously regarding the Sea Watch 3 Search and Rescue vessel.

According to the government source, the vessel has been granted a ‘Shelter Position’ three nautical miles off of the Maltese coastline.

The clearance was officially granted mere minutes after updating this article, however,  Newsbook.com.mt understood from sources very close to the situation, that clearance had been granted earlier. 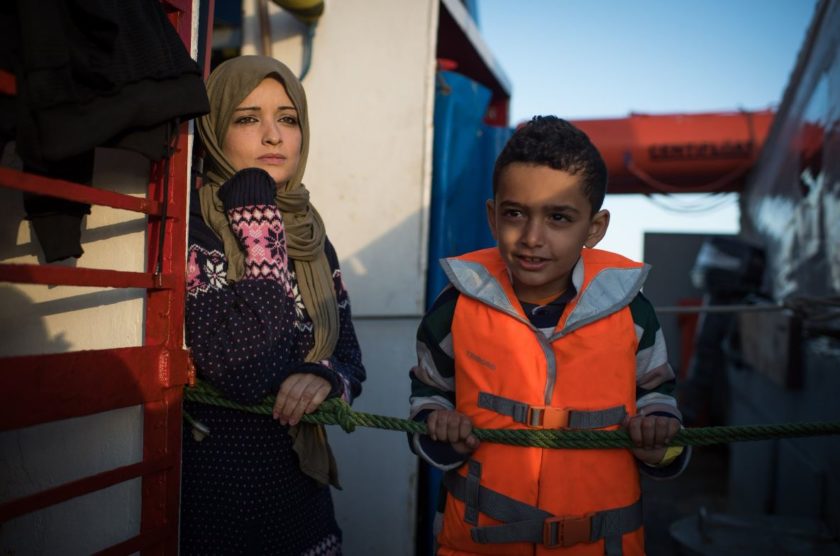 It is also understood that the Sea Eye operated vessel, Professor Albrecht Penek, has also been granted the same permission and is understood to be maneuvering to a nautical distance from the Maltese coastline. The vessel is currently accommodating 17 rescued migrants and refugees.

Upon asking, the government’s position on the disembarkation of the migrants and refugees aboard Sea Watch 3 is unchanged.

Other Government sources have told Maltese media that the government is currently engaged in negotiations with other EU member states over the potential redistribution of migrants, but no agreements have been found yet.

This newsroom is also of the understanding that Michael Farrugia, Minister for Home Affairs and National Security, is expected to tweet about the situation.

A reliable source connected with the situation facing the Sea Watch 3 search and rescue, says that the vessel has been cleared by the Maltese government, to enter a ‘Shelter position’ 3 nautical miles off the Maltese islands.

With the weather set to close in, the position provides some safety to the vessel and those on board.

It is understood that yesterday, Maltese authorities had told the crew of the Sea Watch 3 that they could only enter at 25 nautical miles off of the Maltese territorial waters, the furthest distance from Malta’s jurisdiction.