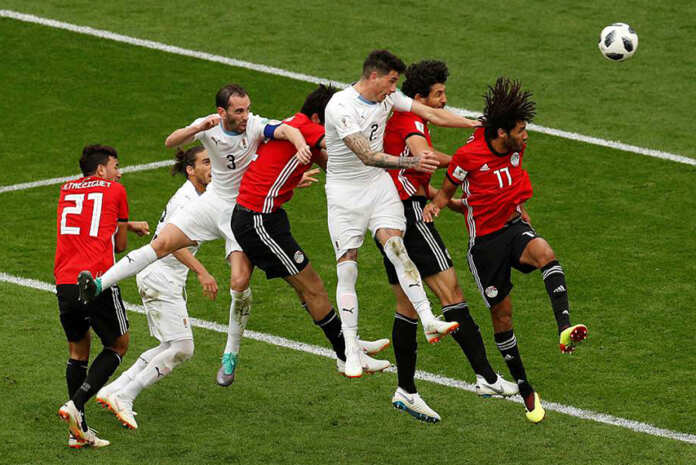 Centre back José María Giménez scored a header in the 89th minute to deny Egypt a point in Group A. The African nation looked on its way to a 0-0 draw in their opening match after Luis Suarez wasted three key chances in front of goal.

Uruguay had 57% possession and four shots on goal but Egypt defended well. Starman Mohamed Salah spent the entire match on the bench  as Hector Cuper doesn’t intend to rush him back from injury.

Suarez was far from his best and it was thanks to a brilliant effort from Giménez that Oscar Tabarez’s team managed to grab three precious points.