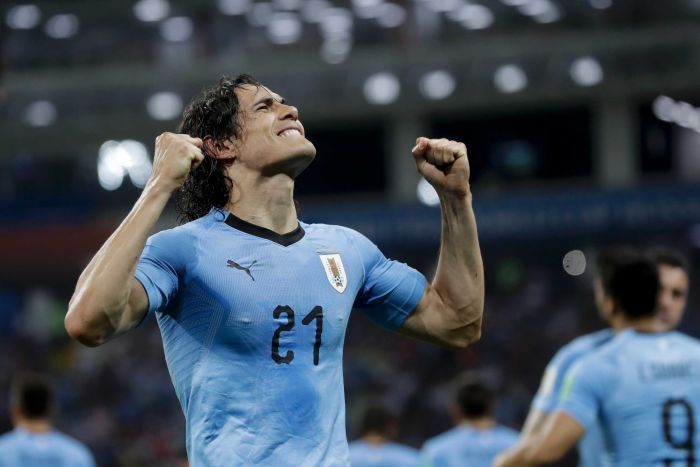 Uruguay are the second team to qualify for the quarter finals after Edinson Cavani scored the winner against Portugal.

The PSG striker opened the score after 7 minutes when he netted a header past Portugal’s Rui Patricio following a precise cross from Luis Suarez.

Portugal managed to equalize in the second half thanks to Pepe’s header in the 55th minute but Uruguay were once again on the winning side after Cavani scored his second goal with a right-footed shot into the far corner.

Cristiano Ronaldo tried in vain to find an equalizer and ended up exiting the tournament only a few hours after France eliminated Lionel Messi’s Argentina.