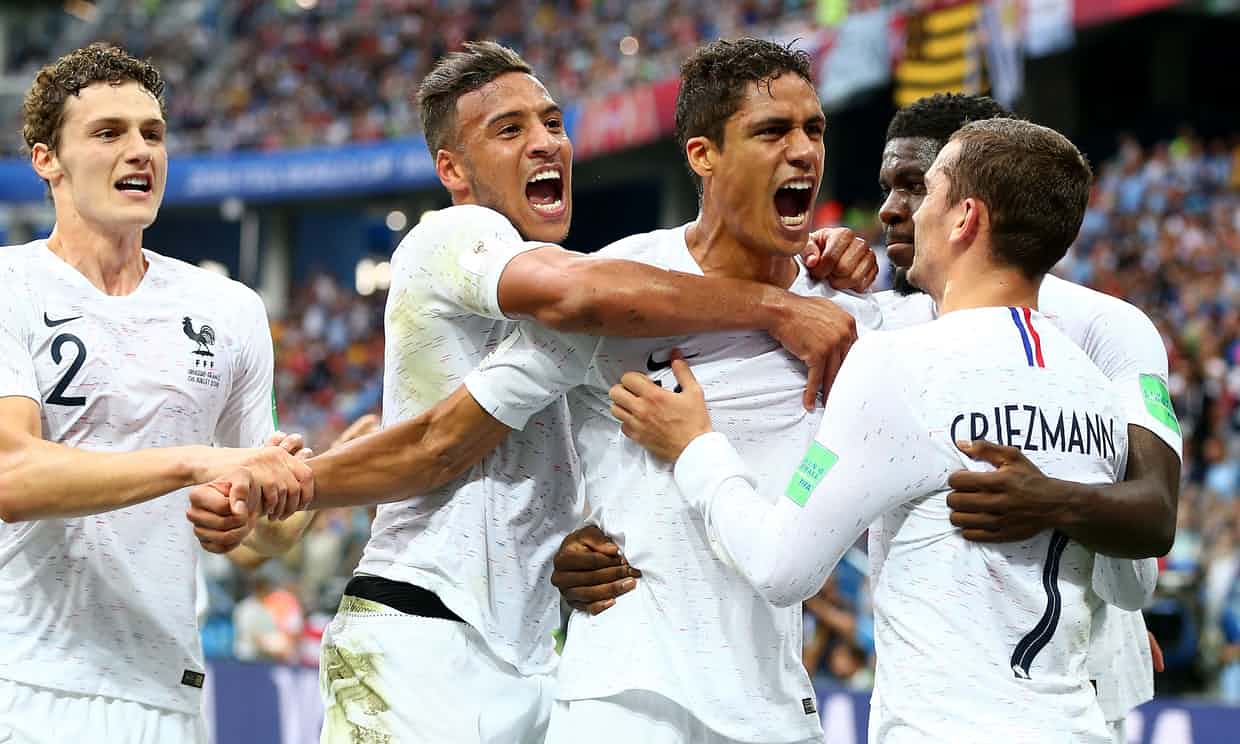 France are through to the semi-finals of the World Cup after a 2-0 win over Uruguay.

Les Bleus went ahead thanks to Raphael Varane’s header after an excellent free kick by Antoine Griezmann with 5 minutes left until the end of the first half. Hugo Lloris stopped the South Americans from equalizing after an excellent save to deny defender Martin Caceres.

Barcelona’s Luis Suarez did not pose the usual threat, with the South Americans missing Edinson Cavani’s lethal finishing. The PSG striker was ruled out of the match with a calf injury.