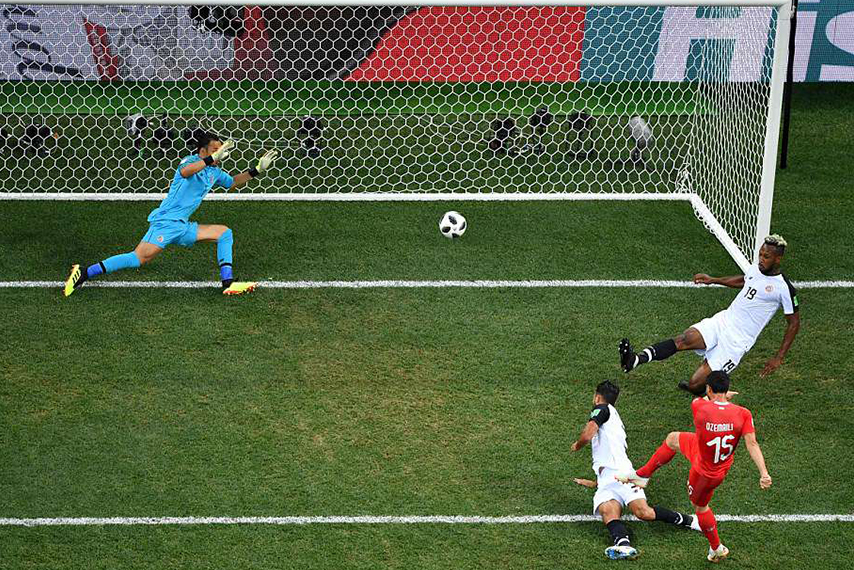 Switzerland claimed the point they needed in order to be make sure of their qualification into the next round of the tournament. Swiss midfielder Blerim Dzemaili scored the first goal when he shot past Real Madrid goalkeeper Keylor Navas.

Costa Rica managed to pull a goal back when Kendall Waston rose to score a second half header from Joel Campbell’s cross.

Switzerland thought they had won it as Josip Drmic made it 2-1 in the 88th minute only for Costa Rica to close off the encounter with a goal from Bryan Ruiz’s penalty.

Costa Rica earned their first point at the World Cup whilst Switzerland finished as runners-up in Group E and will face Sweden next week.