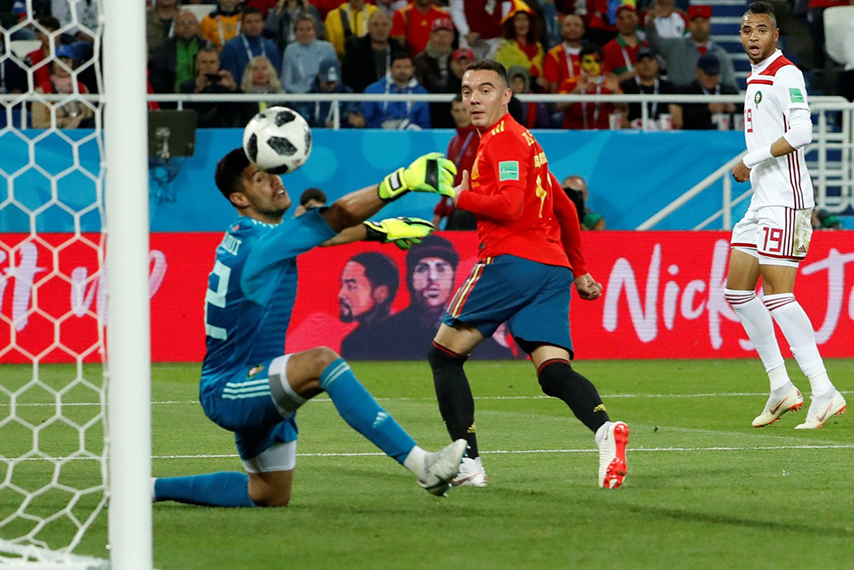 Spain went top of Group B after Celta Vigo’s Iago Aspas came off the bench to score a late goal that led to a draw at the Kaliningrad Stadium.

The African side took the lead inside 15 minutes after Khalid Boutaïb raced towards David de Gea before slipping the ball between his legs. Real Madrid’s Alarcon Isco equalized 5 minutes later after wonderful build-up by Spain. Morocco went ahead again with 10 minutes to go as Youssef En-Nesyri jumped high above Ramos to score what looked like the winning goal.

Former Liverpool striker Aspas helped Spain claim a vital point when he scored a backheeled goal which was initially ruled out for offside before the decision was overturned by a VAR review.