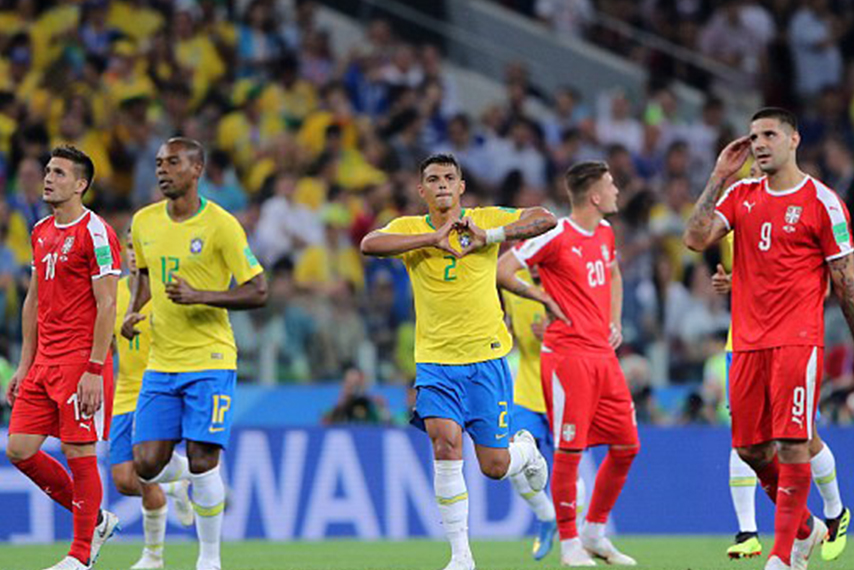 Brazil triumphed over Serbia in their final Group E match and managed to go through to the last 16 as group leaders. Barcelona’s midfielder Paulinho put the South American side in the lead after 36 minutes. Philippe Coutinho was the provider as he sent a long ball towards Paulinho who then poked the ball past Serbia’s goalkeeper Vladimir Stojkovic.

Serbia could have equalized in the 61st minute but Aleksandar Mitrovic failed to score from close range after goalkeeper Alisson could not completely block Antonio Rukavina’s shot.

The five-time World Cup winners secured their second win in Russia after defender Thiago Silva rose to head the last goal of the match following a curling corner kick from Neymar.

The PSG striker could have scored the third goal but Stojkovic stopped the Brazilian star as the latter tried to round him.