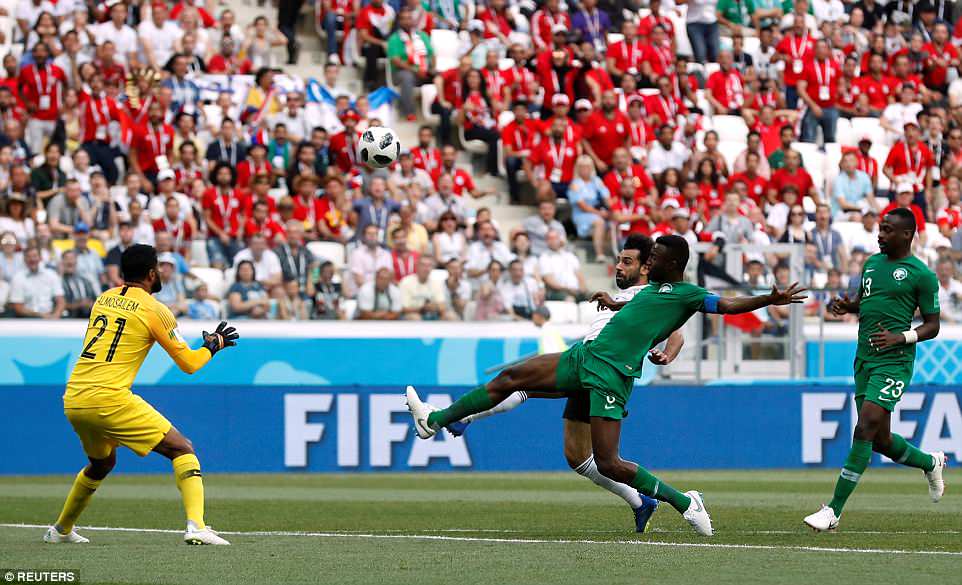 Saudi Arabia finished third in Group A after securing their first World Cup win since 1994 at the Volgograd arena. Mohamed Salah scored his second goal of the tournament in the 22nd minute as he lifted the ball over the Saudi Arabian goalkeeper.

In the 38th minute Egypt’s 45-year-old goalkeeper, the oldest player to ever participate in a World Cup, saved from the penalty spot to deny Saudi Arabia an equalizer. However luck was not on Egypt’s side as Saudi Arabia were awarded another penalty in stoppage time after a VAR review. Salman Al Faraj made not mistake of Saudi Arabia’s opportunity to reduce the deficit as he shot past Essam El Hadary.

The Asian side enjoyed most of the possession and had more attempts on goal as Egypt had a disappointing second half. Salem Al Dawsari was the match-winner for Saudi Arabia as he made it 2-1 in the 95th minute with a low shot into the bottom corner.