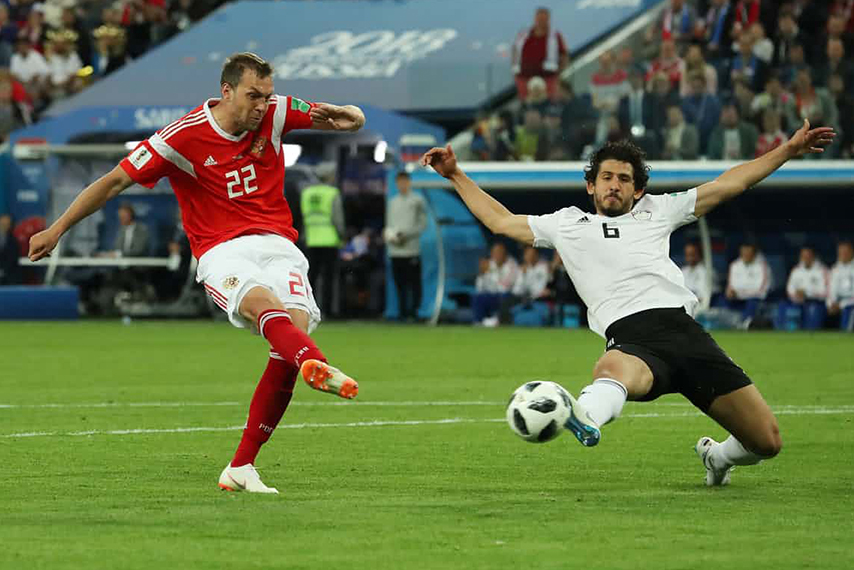 Egypt are on the brink of exiting the World Cup as Russia won their second game in a row, scoring eight goals in the process.

In the opening 45 minutes both teams tried to open the scoring but there were few shots on target. The tempo changed in the second half when Ahmed Fathy scored an own goal before Denis Cheryshev made it 2-0 with his third World Cup goal.

Egypt’s situation worsened in the 61st minute as Russia’s Artem Dzyuba controlled the ball with his chest at the edge of the area before drilling a low shot into the net.

Mohamed Salah reduced the deficit from a VAR-awarded penalty but the Liverpool striker couldn’t stop Egypt from slumping to a defeat. Salah is still recovering from a dislocated shoulder and was never able of replicating the form that has made him a hero in his debut season at Liverpool.