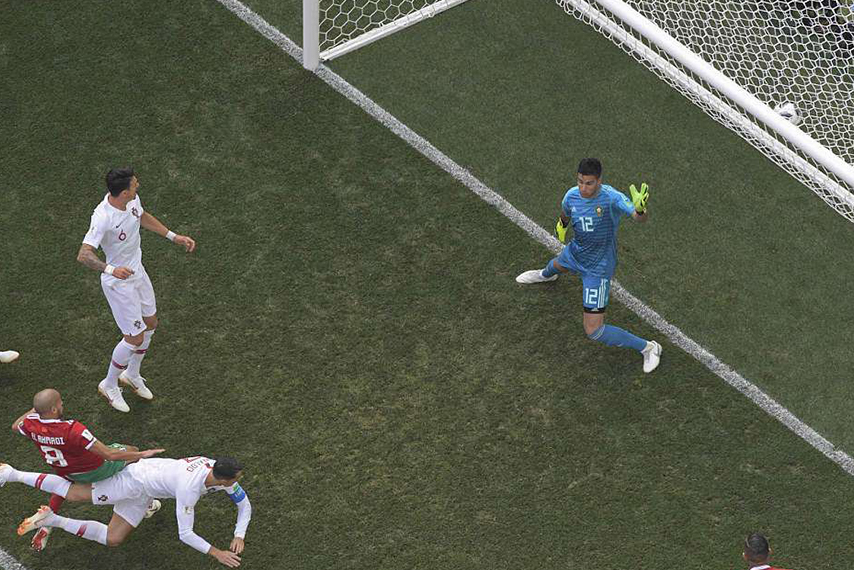 Cristiano Ronaldo needed only four minutes to open the scoring as Portugal defeated Morocco 1-0. The Real Madrid star scored his fourth goal of the tournament with a diving header.

Morocco put pressure on their rivals and missed a number of good chances which could have allowed the African side to gain a point from their second game at the World Cup. They were the better team during the first 45 minutes whilst Portugal adopted a defensive approach.

Nordin Amrabat was a constant threat for Morocco and Juventus defender Mehdi Benatia missed a second half opportunity for his team to pull level.

Morocco’s elimination from Group B was down to their failure of making the most of their scoring chances against a Ronaldo-dependent Portugal.