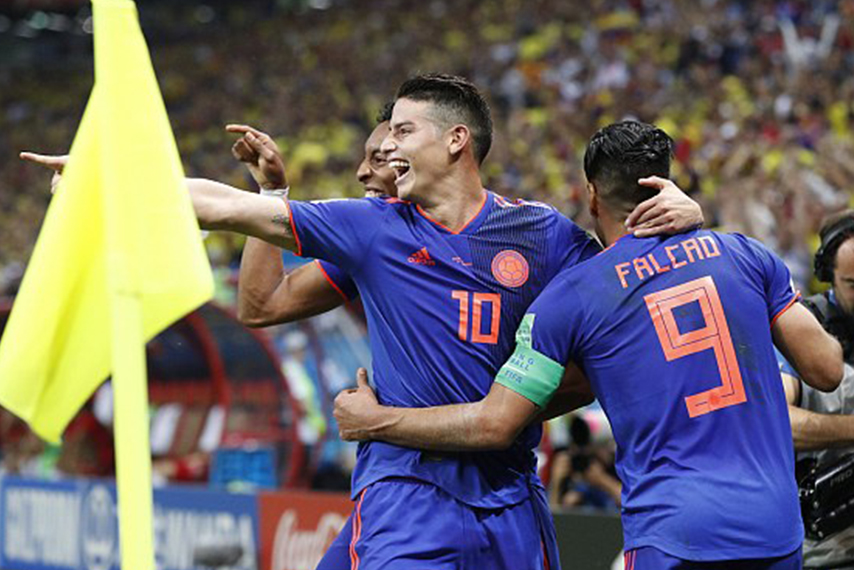 Poland crashed out of the World cup after their second defeat in Russia. Colombia were the better side as the South Americans put three past Szczesny and are now in the race to qualify for the last 16.

José Pekerman decided to play James Rodriguez, who was recovering from a calf injury, from the start and the Bayern Munich winger repaid his manager’s faith with an outstanding performance.

Yerry Mina, who plays as a centre back for Barcelona, broke the deadlock in the 40th minute before Monaco’s striker Radamel Falcao scored inside 25 minutes of the second half. Juan Cadrado got on the score sheet five minute later after a wonderful through ball by Rodriguez.