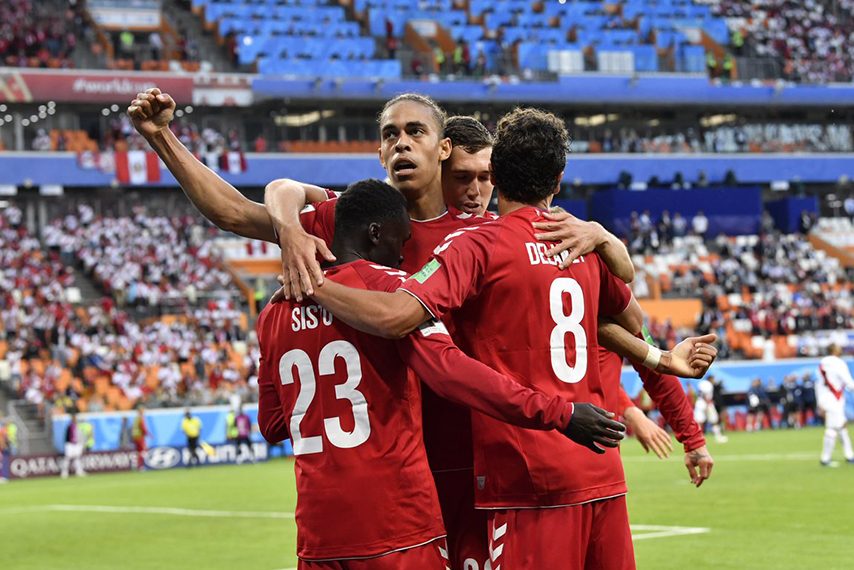 In the second match from Group C, Yussuf Poulsen scored Denmark’s first goal in the 59th minute following an assist by Christian Eriksen.

Peru were awarded a penalty by the VAR at the end of the first half after a foul in the box by Poulsen on Christian Cueva. The latter stepped up to take the penalty but his shot was off target.

Peru’s attacker Paolo Guerrero was brought on in the 62nd minute and almost scored a goal as his backheel slid past the upright.

Peru played its first game at a World Cup since 1982 and the South Americans must win next Thursday’s match against France if they hope of making it to the next round.