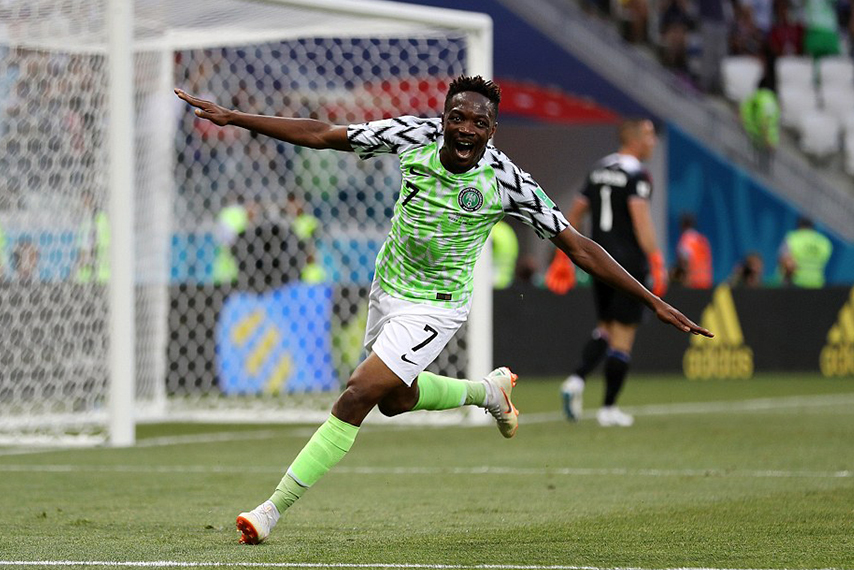 Musa put the The Super Eagles ahead early on in the second half as he controlled a cross from Victor Moses before unleashing a powerful shot past Hannes Halldorsson. The forward doubled Nigeria’s advantage in the 75th minute when he dribbled round Iceland’s goalkeeper and shot past two defenders standing on the line.

With 20 minutes to go, referee Matthew Conger gave a penalty in favour of Iceland after consulting with the VAR following Ebuehi tackle on Finnbodvarsson. However Iceland wasted the opportunity to trim Nigeria’s lead as Gylfi Sigurdsson missed from the spot.