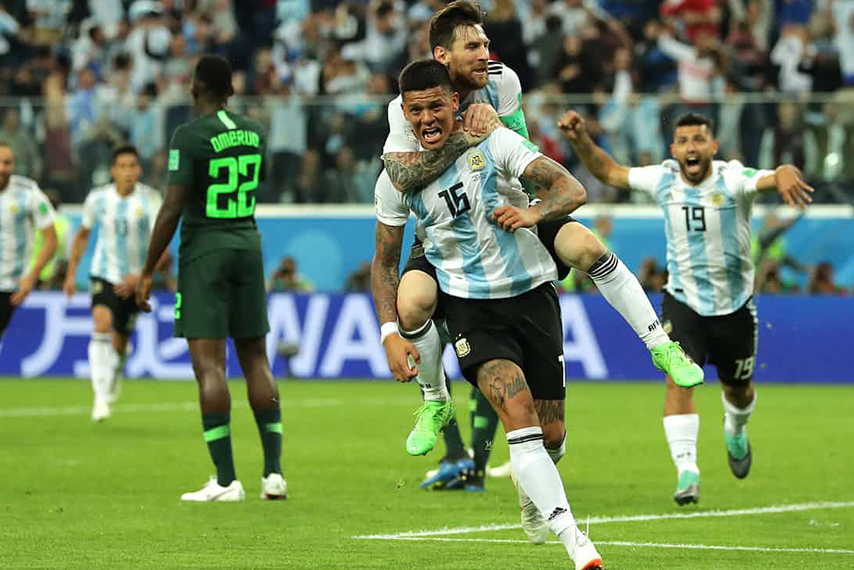 Manchester United’s defender Marcos Rojo was the hero for Argentina as he scored in the 87th minute to save his country’s World Cup campaign.

The South Americans knew that they had to win at all costs after a disastrous match against Croatia left them on the brink of an early exit from the tournament. Lionel Messi put Argentina ahead after a quarter of an hour when the Barcelona striker controlled with his thigh a long pass from Ever Banega before beating Francis Uzoho with a well-taken shot.

Jorge Sampaoli’s side seemed to be heading out of the tournament before Gabriel Mercado crossed from the right and Rojo turned the ball into the goal with a splendid strike.