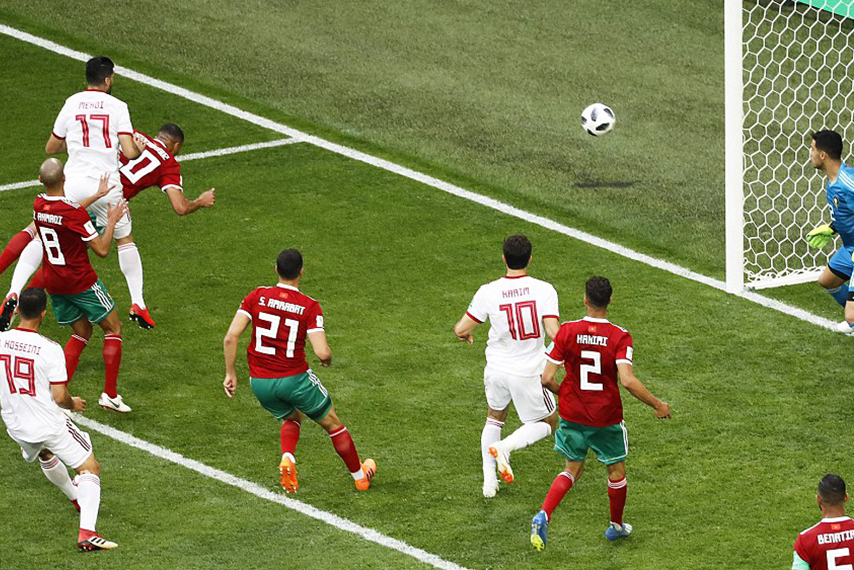 Iran secured all three points after Morocco’s attacker Aziz Bouhaddouz scored an own goal. The Moroccan substitute headed the ball into his own net in the 95th minute, gifting Iran their first victory at the World Cup since 1998.

Morocco played well during the opening half but missed out on a morale-boosting win they definately needed before facing Portugal and Spain. Iran’s best opportunity came in the first half when Vahid Amiri passed Sardar Azmoun but his attempt was saved by Munir El Kajoui.

The other match in Group B will see European champions Portugal take on Spain. Fernando Hierro will take charge of Spain for the first time following Julen Lopetegui’s sacking.