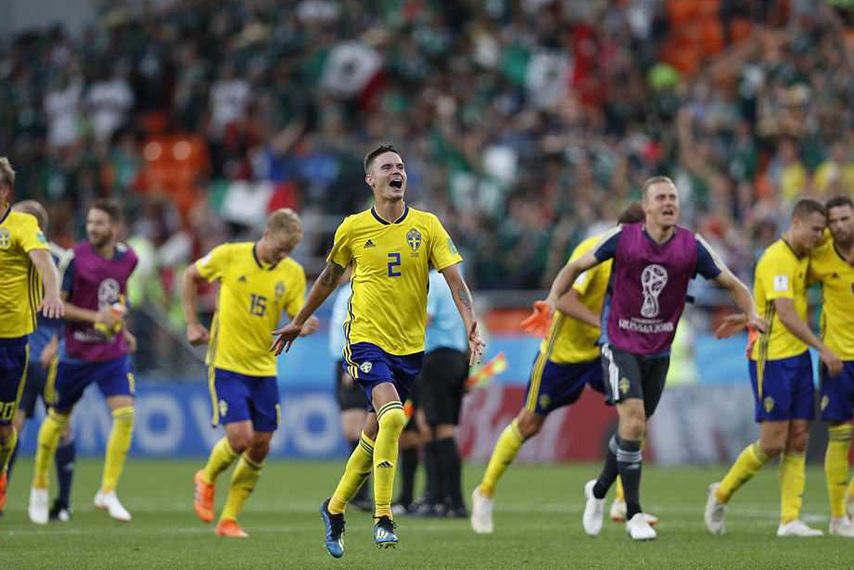 Sweden went top of their group and qualified for the last 16 thanks to a convincing win over Mexico in which they scored three goals in the last forty-five minutes after a scoreless first half. Full-back Ludwig Augustinsson made it 1-0 in the 50th minute with a left-footed shot.

Sweden went 3-0 up when Mexican defender Edson Alvarez scored an own goal with less than half an hour to go. Mexico still managed to reach the knock out stages despite today’s heavy defeat.