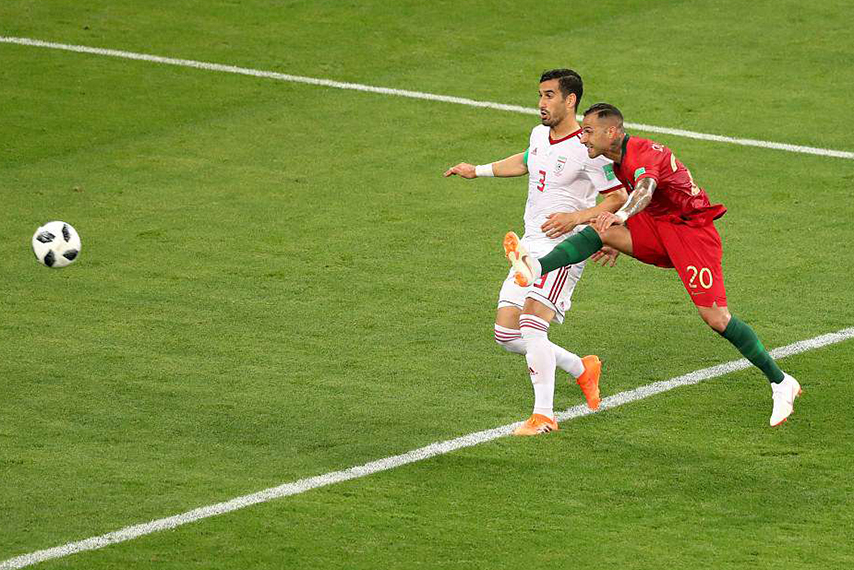 Portugal managed to qualify for the knockout stages after a controversial draw against Iran. Cristiano Ronaldo has so far been Portugal’s most decisive player in the tournament but the Real Madrid striker was not at his best during tonight’s match.

Ricardo Quaresma, a veteran in the side, made Portugal’s breakthrough with a brilliant, right-footed effort at the end of the opening 45 minutes. The European Champions were awarded a penalty after Ronaldo was fouled inside the box in the 51st minute. Iran’s goalkeeper Alireza Beiranvand dived to his left to deny the Portuguese star the chance to increase his goal tally.

Iran’s Karim Ansarifard equalised thanks to a stoppage time penalty awarded by referee Enrique Caceres following a a VAR review after a dubious hand ball from Cédric Soares. The draw leaves Portugal in second place and Ronaldo will now face Uruguay’s lethal striker Suarez on Saturday.