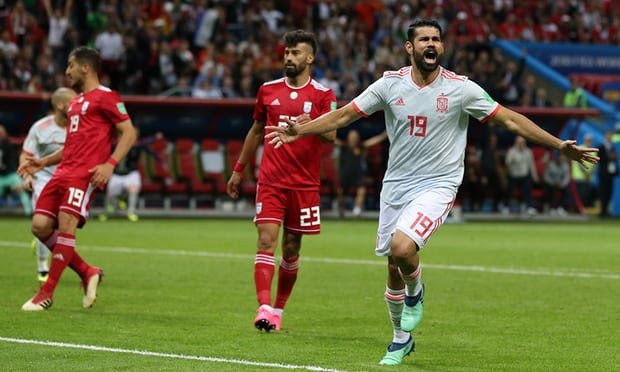 Spain won their first match of the tournament thanks to a fortunate, second half goal by Diego Costa.

The goal came in the 54th minute when Iran defender Ramin Rezaeian kicked the ball into the Atletico Madrid striker before deflecting into the net.

The 2010 World Cup champions dominated possession but could not find a way through Iran’s well-organized defence.

Iran had a goal disallowed with half an hour to go as the referee resorted to a VAR review before ruling out Saeid Ezatolahl’s goal for offside.

Costa almost scored his fourth goal in this year’s World Cup but could not kick the ball past the goal line as numerous players fought for possession in Iran’s box.