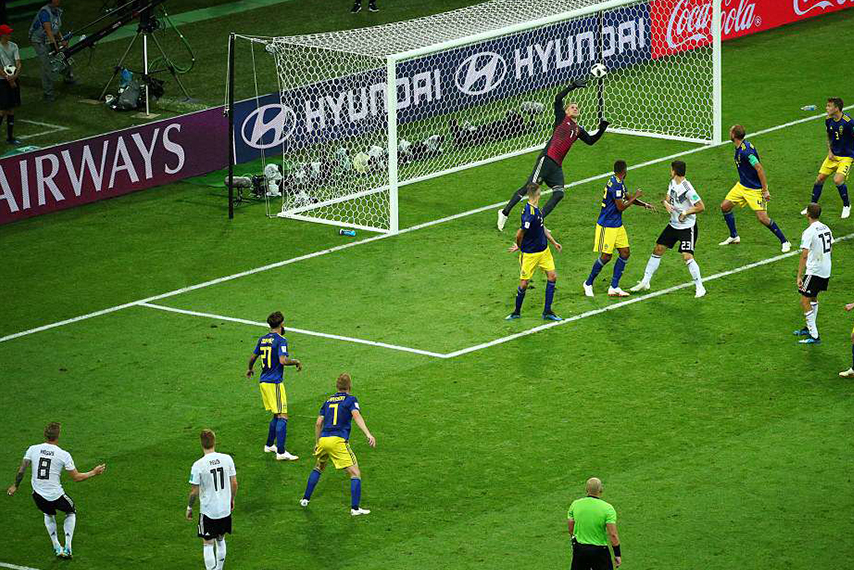 Germany left it late to defeat Sweden and avoid exiting the World Cup at the group stage. 31-year-old Ola Toivonen gave Sweden the lead in the 32nd minute as he chipped the ball over Manuel Neuer.

As the second half was about to start, Joachim Löw sent on Mario Gomez for Julian Draxler with Thomas Müller playing as a second striker in an attempt to turn around the result. Marco Reus, who replaced Mesut Ozil in the German side after the Arsenal midfielder’s disappointing performance against Mexico, equalized for the reigning champions in the 47th minute.

Things seemed to take a turn for the worse for Löw’s team as Bayern Munich’s defender Jerome Boateng was sent off with 8 minutes to go after receiving a second yellow card following a tackle on Sweden’s Markus Berg. However Toni Kroos managed to keep Germany’s dream of qualifying for the last 16 alive when he scored a sublime freekick in injury time.