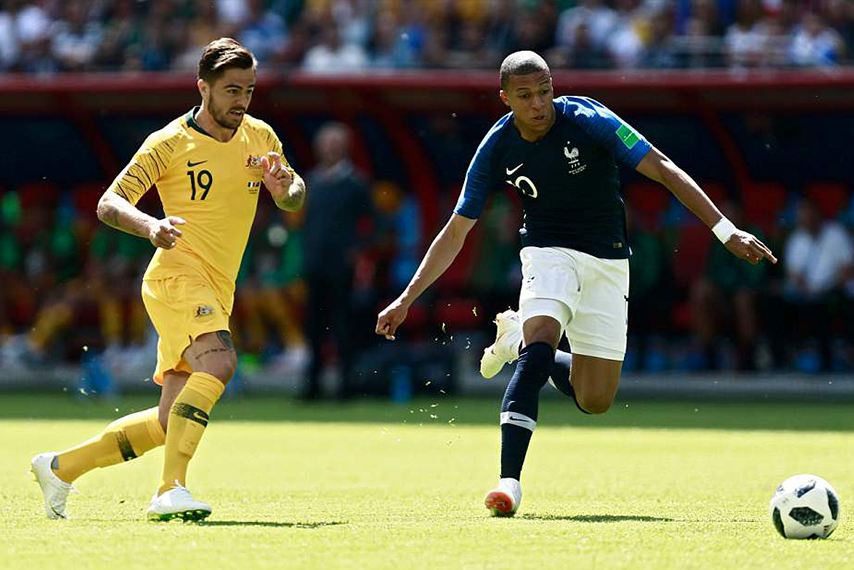 Paul Pogba scored a second-half goal for France to guarantee them their first win in the tournament. Antoine Griezmann won and scored the first-ever World Cup penalty to be awarded by VAR before Australia’s Mile Jedinak equalised from the spot after French defender Samuel Umtiti handled the ball.

Didier Deschamp’s side are considered to be one of the tournament’s favourites but today’s performance was far from impeccable. Kylian Mbappe was France’s most dangerous player as  Ousmane Dembele and Griezmann failed to show their true quality.

Australia were tactically organized and although they lack phenomenal players, they managed to frustrate Les Bleus.