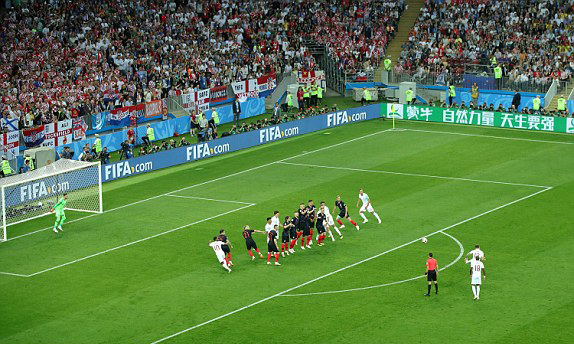 The second semi-final of the World Cup has just started and Gareth Southgate’s side has already scored its first goal with a brilliant freekick from Kieran Trippier.

17 minutes have passed and England have started testing Croatia’s defense.

Trippier scored for England while Perisic scored the goal for the Croatians.

Mario Mandzukic scored in the second half of the extra time as Croatia take the lead for the first time in the game.