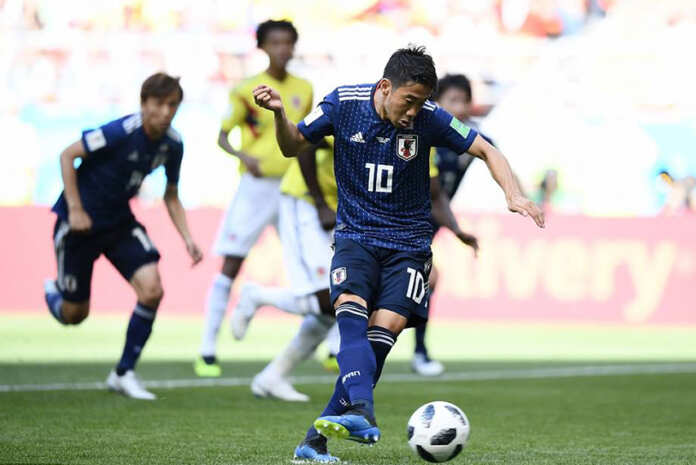 Colombia had Carlos Sanches sent off after just four minutes as Japan went on to win their first match in Russia 2-1.

The Colombian defender was given his marching orders after a deliberate handball inside the penalty area following Shinji Kagawa’s shot.

Tottenham Hotspurs’ Davinson Sanchez had a disastrous performance for Colombia as he made a number of costly mistakes. The South Americans managed to equalize thanks to a free kick that slid underneath the Japanese wall.

Japan enjoyed 59% ball possession and were more dangerous than Colombia when going forward. Japan regained the lead in the 73rd minute as Yuya Osako scored a header from Keisuke Honda’s corner.

The four-time Asian champions got their revenge on José Pékerman’s side as they were beaten 4-1 by Colombia in Brazil four years ago.