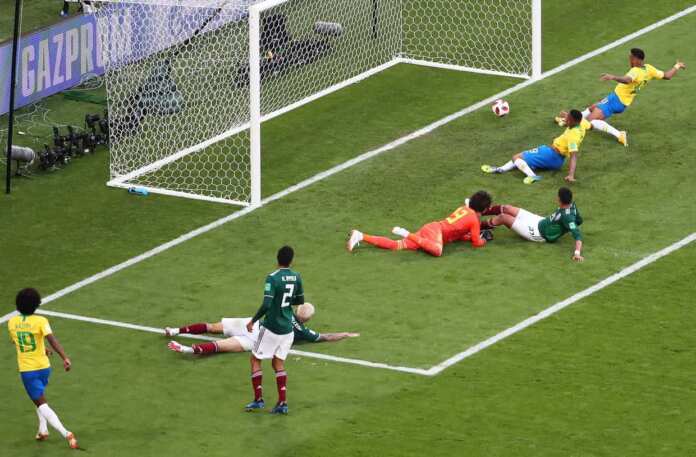 Brazil managed to score two second half goals after the first 45 minutes ended without a goal. Neymar and Roberto Firmino provided the necessary goals that enabled the South American side to make into the last eight.

The former Barcelona player broke the deadlock in the 51st minute when he scored from from close range following Willian’s cross.

Liverpool’s striker Firmino came of the bench to add a second with two minutes from time to end Mexico’s hope of a last-minute equalizer. Neymar provided the assist to Firmino’s goal as he placed the ball right in front of his teammate after Fernandinho had regained possession for Brazil.