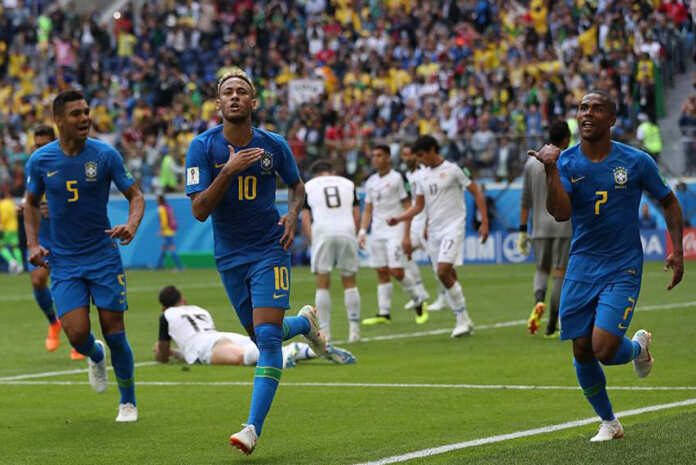 Brazil gained their first three points at the World Cup by beating Costa Rica 2-0 at the St Petersburg Stadium. The game looked to be heading towards a draw as Costa Rica’s defence managed to neutralize Brazil’s attack.

Neymar appealed for a penalty with 11 minutes to go after a challenge by Giancarlo González. The referee initially awarded the penalty but then reverted his decision after a VAR review.

Philippe Coutinho opened the scoring in the 91st minute when he shot through the legs of Real Madrid’s goalkeeper Keylor Navas. Neymar scored Brazil’s second in the 97th minute and his first of the tournament.

The defeat means that the Central Americans have exited the tournament at the group stages. Brazil dominated possession and amassed a total of 10 attempts at goal but found it hard to create chances in the first half.