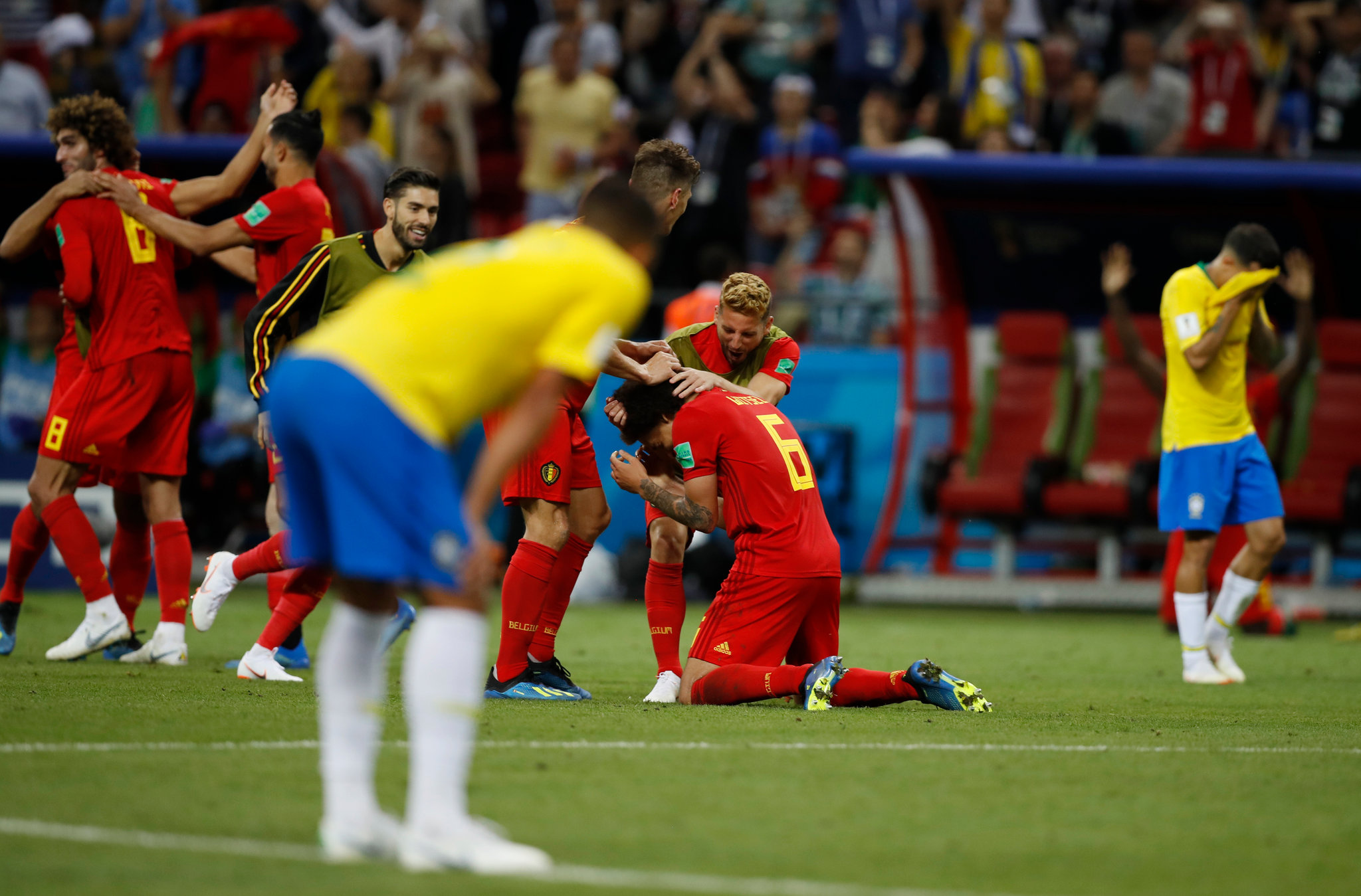 Brazil were eliminated from  the World Cup after Belgium overcame the South American side thanks to two crucial first half goals.

Belgium made it 1-0 after an own goal by Brazilian midfielder Fernandinho inside the first 13 minutes. Roberto Martinez’s team created numerous occasions during the first half and doubled their lead when Kevin De Bruyne scored past Alisson with a powerful shot.

Brazil’s performance improved considerably during the second 45 minutes as the Seleção attempted to find a much-needed goal. They managed to trim the Belgian’s lead when Renato Augusto scored a header following a pinpoint cross by Philippe Coutinho.

Neymar and his teammates tried to add a second but could not find a way past the Belgian defence.

Brazil exit a third-straight World Cup at the quarter final stage while Belgium will now face France in next Tuesday’s semi-final.