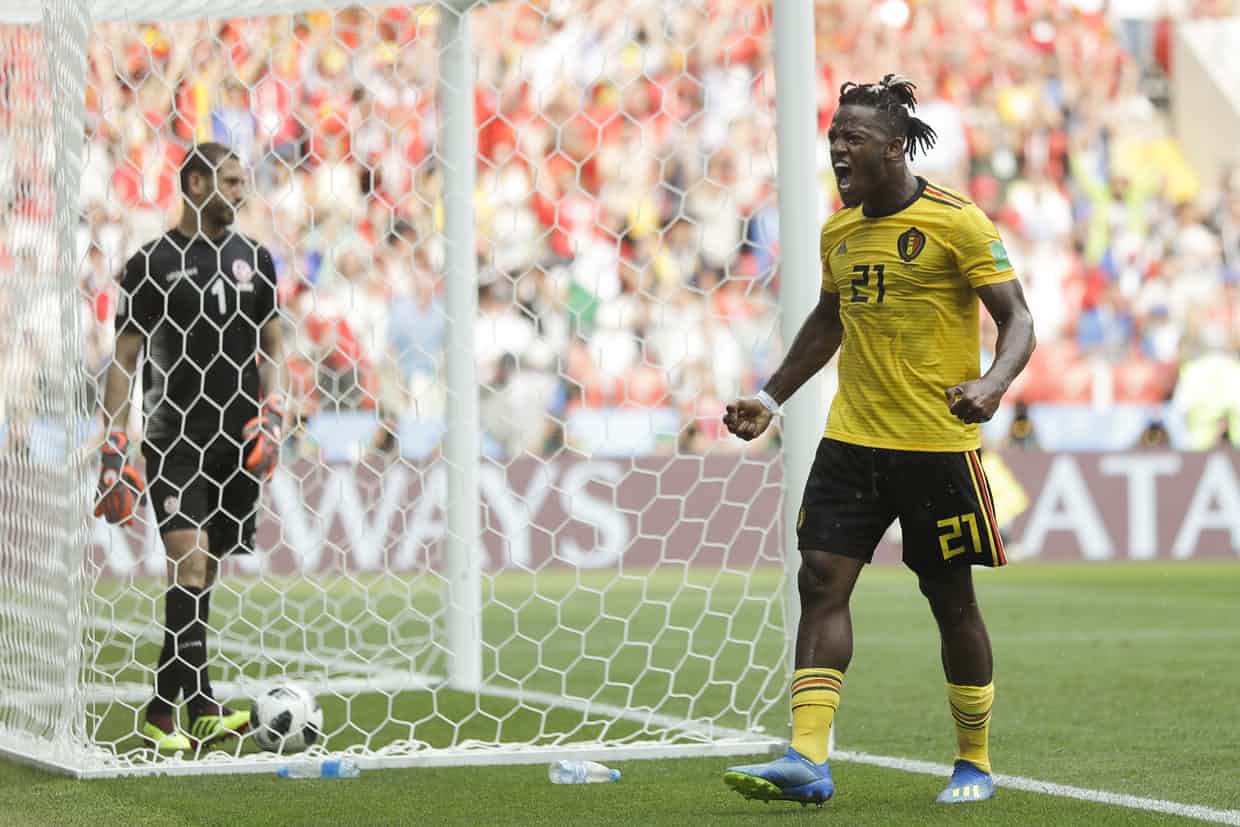 Belgium showcased their attacking prowess when they scored 5 goals past Tunisia to go top of Group G.  Eden Hazard scored his first goal of the match when he stepped up to take a penalty in the 6th minute after being fouled by Syam Ben Youssef. Romelu Lukaku made it 2-0 ten minutes later before Dylan Bronn pulled one back for Tunisia.

Manchester United’s Lukaku continued his fine form in front of goal when he scored Belgium’s third following an assist by Thomas Meunier. Defender Toby Alderweireld contributed to his side’s first goal after the break when he sent a long ball towards Hazard which the Chelsea striker expertly controlled before shooting past Ben Mustapha.

Substitute Michy Batshuayi scored Belgium’s fifth and final goal with a first-time finish in the 90th minute whilst Tunisia managed to grab a consolation goal in the dying seconds of the match.